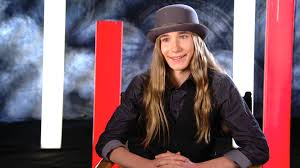 This season’s finals was a statement of redemption for the singer-songwriter producer after his team struck out in his debut stint in show in Season 7. Now, he joins the winners circle occupied by coaches Adam Levine and Blake Shelton, and alternate coach Usher, who also pulled off a win in Season 6.

Despite his win, Frederickson remained humble and true to his roots when he revealed his plans after his victory.

“I’m feeling great and I kind of want to get back to the farm just to have a little bit of a break from all of this, so I’m excited to get back home. I do not want to move to L.A.!” he said.

“My dad said he was proud of me, but I know my family have always been proud of me through this whole entire experience and I know they will always be proud of me no matter what. I’m hoping [for a day off] on my farm, so I’m really just excited to be able to get back to work on the farm and just really take in the open space,” he continued.

There is a lot riding on Frederickson’s victory in terms of proving that the show can translate the artist’s success on the reality show into sustainable and lasting careers in the music industry.

Last year’s winner Craig Wayne Boyd has already parted with his record label while Team Usher’s Josh Kaufman has yet to release his debut album a year after his win, and Tessanne Chin’s album suffered dearly from lack of promotion.

Still, there have been artists from the show who have been signed by various record labels even without winning, like last season’s Matt McAndrew or Season 6 finalist Christina Grimmie, both from Team Adam. Team Blake alums The Swon Brothers and Cassadee Pope, meanwhile, are doing well in the country charts.