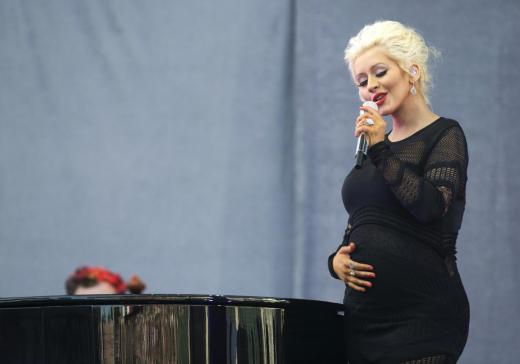 While season nine of the critically acclaimed singing competitions show, “The Voice” is currently rolling in, viewers may be delighted to find out that Christina Aguilera will once again take one of the red swivel chairs as she comes back as the female judge for the next season.

The rumors of The Grammy Award-winning singer’s return have been circulating online for some time and recently, president of late-night and alternative programming for NBC Entertainment Paul Telegdy confirmed the news saying, “The coaches on ‘The Voice’ continue to bring incredible energy, unrivaled musical expertise and a want-to-win attitude that makes for the perfect ingredients of a two-time Emmy-winning show. We can’t wait to see what Season 10 will bring.”

She will be joined by veterans Adam Levine and Blake Shelton, with Pharrell Williams taking another spot marking his fourth consecutive times of being a critic. Speculations suggest that Williams may become a regular fixture in the show especially since his team won the eighth season with Sawyer Fredericks emerging as the champion.

Aguilera has temporarily dropped out of the show in August 2014 when she gave birth to daughter Summer Rain with fianc Matt Rutler, and has been completing her new album afterwards.

In an interview with NBC Today, the singer promoted her recent singles, “I’ve been loosely working and sort of accumulating ideas of what my next album will be over the next couple of years. I’m excited for my fans to finally be getting something from me; it’s been a while,” she said.

Her fans are said to be excited for her reappearance as she brings a different energy with her interesting fashion statements and competitiveness.

Meanwhile currently airing is season nine with Levine, Shelton, Williams and “No Doubt” vocalist Gwen Stefani as judges. New episode comes out every Monday and Tuesday at 8pm EDT on NBC.