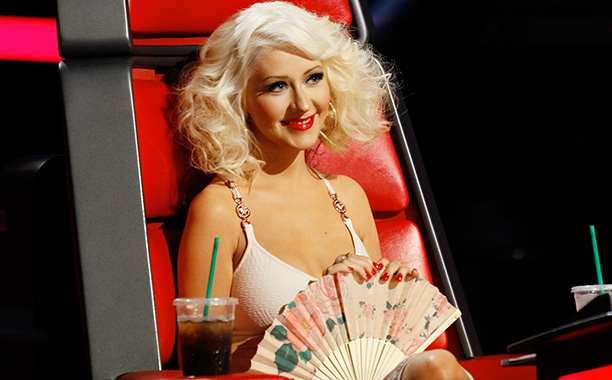 American reality show “The Voice” is coming back for its 10th season and original coach, pop diva Christina Aguillera will be once again on the red chair.

The 37-year-old singer returns to the program after one season of absence and has nothing but pure excitement about her latest gig.

“I’m most excited, ’cause I think I have the strongest team overall that I’ve had in all the seasons. I’ve done it since the first season,” Aguillera told Mario Lopez of Extra recently.

“I’m hoping to break the girl curse… no actual girl coach has won it yet, and it’s driving me nuts,” she added referencing to the male guys always had the last laugh in the 10 seasons that the show has been going on with Adam Levine winning the latest one with soul singer Jordan Smith.

The “Genie in a Bottle” singer also expounded more on female empowerment on the show revealing that another pop diva, Miley Cyrus, will be coming on board to do some overall mentoring. “Just now, we had Miley, and when she came on, it was like I finally felt like the balance of the universe shift and it was like I had like a female counterpart and I was so excited. I just love females,” she said. But on her team, she is bringing veteran power singer Pattie LaBelle to try and help her squad finally get their first trophy.

Speaking of girl power, Aguillera might have replaced coach Gwen Stefani on the red chair, but Stefani is not going anywhere as current coach and Stefani’s boyfriend Blake Shelton has tapped her to be the mentor of his team.

“You start thinking, who are the ultimate artistes out there that you can get to mentor your team? I know we collaborate well together as coaches, so of course I would have her be my mentor. She’s so smart and talented,” Shelton explained on his decision to get Stefani while being interviewed by Access Hollywood.

Aguillera and Shelton will be joined by Adam Levin who has Tory Kelly as his team advisor and Pharrell tapping Diddy for his squad of singers.