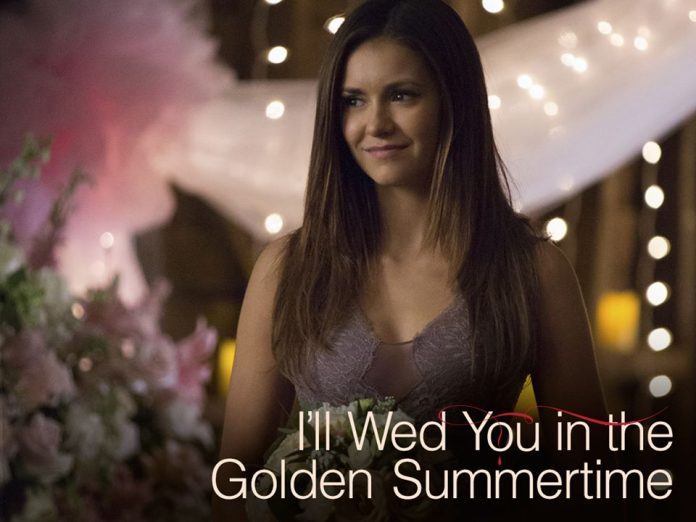 Longtime fans may be delighted to find out that Nina Dobrev is reportedly in talks to return for the eighth and final season of The CW’s “The Vampire Diaries.”

During the recent Television Critics Association summer press tour, The CW’s president Mark Pedowitz revealed that the actress, who portrayed fan favorite character Elena Gilbert from season 1 to season 6, may once again grace the small screen.

“There are discussions going on with Nina, we’d love to have her back…These are discussions that go on, hopefully she’ll be back, but should it not work out, [executive producer] Julie [Plec] has planned out a great series finale for fans,” he announced.

When asked how many episodes Dobrev will possibly guest star in, Pedowitz shared that she could appear in as many installments as the narrative needs her for as she is “a great person to have.”

When it comes to the manner of how the show will meet its end, Plec shared to Entertainment Weekly that she is hoping to pay tribute to almost all the characters and events that transpired in the past whether they came from season 1’s arc or from the more recent storylines.

“I will say that at some point over the course of this season, I would like to see everyone’s face that I can possibly see again, whether it be in the finale or in flashbacks or the characters who are still alive finding their way through Mystic Falls one last time,” said Plec.

The showrunner added that she will be “really disappointed” if she is not able to show off all of their faces one last time. She explained that they are aiming to deliver the last chapter in the franchise with “passion and enthusiasm” involving the characters that viewers have grown to love.

With regard to Elena’s potential return in the finale, Plec admitted that she and co-creator Kevin Williamson have very different points of view regarding flash forwards. It can be recalled that Elena was put into slumber by a curse inflicted by Kai (Chris Wood) and the only time she could wake up would be after Bonnie’s (Kat Graham) death.

“He and I will be doing a lot of talking and emotionally battling, in a good way, [to decide] the right path to take this series to an end,” Plec concluded.

'Toriko' chapter 383 spoilers, news: Toriko and Midora team up to...