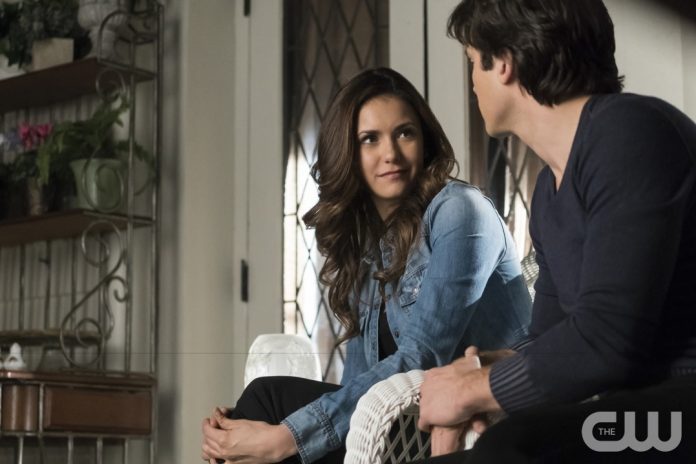 Alongside the announcement that the upcoming season of “The Vampire Diaries” will also be its last, fans and significant people working on the show have been quite sentimental. This prompted reports of several reunions with those who left the show long before it ran its course. And among the slew of characters who could eventually make a comeback, the most anticipated one is Nina Dobrev’s Elena. Unfortunately, while everyone is rooting for the actress to make even a small cameo just to wrap the series a bit neater, her former flame both on screen and off, Ian Somerhalder, is not really sold on the idea.

In a conversation with TV Line, the actor who plays Damon, half of the famed Salvatore brothers, shared his sentiments about the matter.

“This poor young girl from this tiny town … she lost everyone she’s ever loved, she burned her house down, she’s now in a box,” he reasoned. “These guys have ruined her life, yet everybody wants her to end up with one of them.”

In retrospect, Somerhalder may have a valid point but it may also just be a faade in order to prevent awkward encounters between him and Dobrev. After all, their relationship and subsequent breakup were carefully followed by the public and in truth, their separation did not really seem like an amicable one. Some even speculated that the real reason that the brunette beauty decided to leave the supernatural series was because she no longer wanted to be subjected to working with her former beau.

What will be interesting is how things would eventually pan out with the much-clamored return of Elena to the lore. “The Vampire Diaries” did not technically kill her off so the door is wide open should the narrative call for a reappearance. Aside from fans, show creator Julie Plec has also expressed desire in bringing her back for the final season. This mirrors the sentiments of The CW president Mark Pedowitz who said that they would “love to have her back” on the show. However, he also added that while Dobrev returning is the ideal situation, Plec has already honed a satisfying series capper even without Elena.