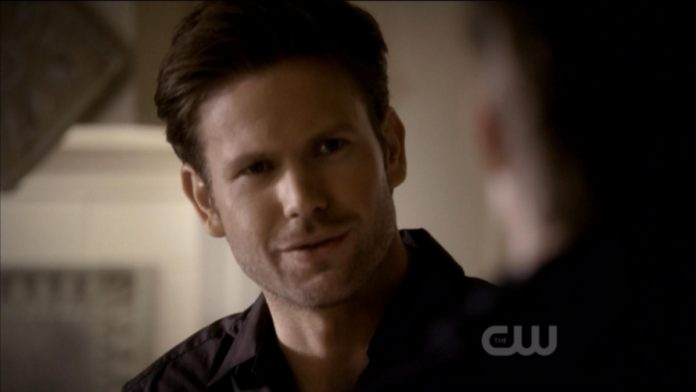 “The Vampire Diaries” may be ending with season 8 but that does not mean that the last installment of the show will already be letting go of their crazy narratives. If not, the series is more eager to explore every single character in an effort to go out on a high note.

Currently, the bulk of the interest is the continued mystery of whether Nina Dobrev will eventually reprise her role as Elena. That being said, other corners in the Mystic Falls-set show could not be pushed to the side as they hold merits on their own. This includes former lovers Alaric (Matt Davis) and Caroline (Candice King) who are trying to effectively co-parent their twins.

Executive Producer Julie Plec advised those who are still rooting for the former college professor to dry their eyes as there might be someone lurking around the corner for him. “Alaric hasn’t had the best luck with women. I don’t know if he should be jumping into anything anytime soon, but if he does, the hot nanny would certainly be viable,” she teased in a recent chat with TV Line.

If that’s the case and Alaric embroils himself in a new affair with the nanny of his twins, Seline (Kristen Gutoskie), it will be interesting how everything will eventually unfold given Caroline’s presence.

Speaking of Caroline, if her ex-flame is entitled to a new love, the vampire is too. But it appears that she may have her hands full that there is no room left for dating. Juggling motherhood on top of attending to both Alaric and a very distraught Stefan (Paul Wesley) could probably be enough tasks for her, at least for now.

“Caroline is trying, in her wonderfully Caroline way, to be all things to all people,” Plec told Entertainment Weekly in an earlier conversation. “She’s trying to be the perfect mother, the perfect baby mama to her recently parted fianc, she has a new job, she’s back in Mystic Falls. She’s working at the local news station in Mystic Falls as a behind the scenes journalist this time. She’s also trying to juggle a very important relationship to Stefan against the crisis of the moment, which is that Stefan’s brother is MIA.”