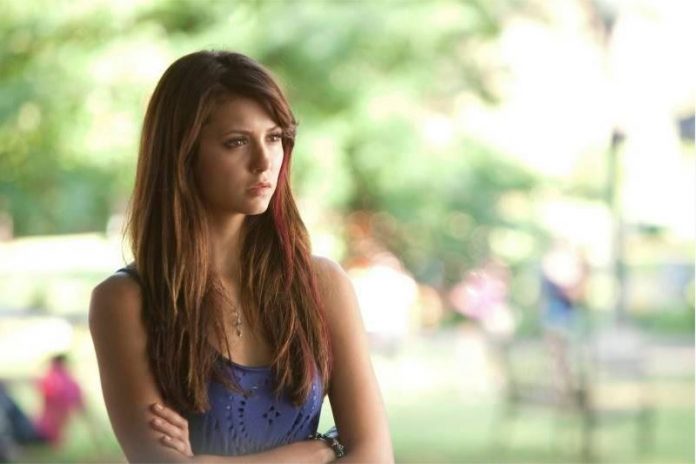 “The Vampire Diaries” is gearing up for its series finale as the upcoming eighth season will be the last installment for The CW show. It is expected that season 8 will resolve all the drama that went down in the previous season, and it’s possible that a main character might also return to the series before it bows out of the youth-oriented network.

Speaking with TVLine at San Diego Comic-Con, showrunner Julie Plec revealed that Nina Dobrev, who played Elena on the show, made a promise to return.

“Not to put too much pressure on anything, Nina Dobrev, but a promise was made,” said Plec. “An emotional promise that I’d like to see come to life. There’s been friendship promises made, and now we’ll see if we can deliver on them.”

Plec added that this year would be about celebrating what the series has been and what it has felt like, so they will find a creative way to bring back past characters in either memories or flashbacks.

Zach Roenig (Matt) said that they would love to have Dobrev back because “this show wouldn’t be what it is without her.”

Dobrev left the show at the end of season 6 to pursue a movie career. The actress made a brief return to the series in season 7 wherein she recorded her voice for a scene where Damon (Ian Somerhalder) hears Elena’s voice in the vault.

Plec previously told TVLine that both she and Dobrev agreed that she will return for the series finale.

“It’s what she and I kind of agreed on when she decided to move on, and it’s what I’ve got in my head,” said Plec. “So, I’m sticking with my side of the plan, which is to bring her back at the very end.”

The eighth and final season of “The Vampire Diaries” premieres on Oct. 21 at 8 p.m. ET on The CW.

'Criminal Minds' season 11 spoilers: Show wins at ratings ahead of...