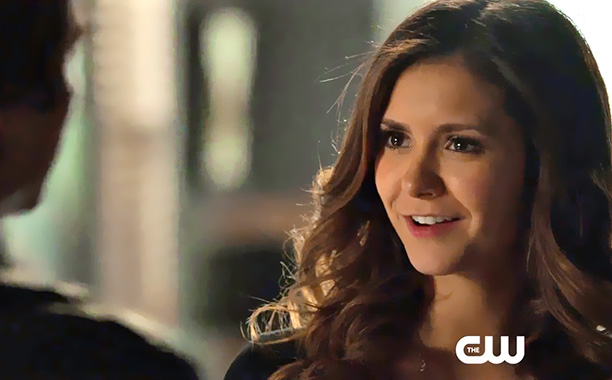 As “The Vampire Diaries” fans are slowly counting the days until its comeback and then its upcoming end, people behind the supernatural drama are cooking up something very special for their loyal followers. Creator Julie Plec revealed that they are planning to have possibly every single character from the past six seasons back in Mystic Falls for a final get-together.

The idea in itself is exciting given that it can bring back old memories and it will make for a fitting send-off for “The Vampire Diaries.” But while there are a lot of characters that could come back this season, arguably the most awaited comeback is that of Nina Dobrev’s Elena.

Playing the love interest of the Salvatore brothers, Damon (Ian Somerhalder) and Stefan (Paul Wesley), the character had been a staple game player until the actress departed the show after season 6.

“I will say that at some point over the course of this season, I would like to see everyone’s face that I can possibly see again, whether it be in the finale or in flashbacks or the characters who are still alive finding their way through Mystic Falls one last time,” Plec exclusively told Entertainment Weekly. “This year is about delivering on eight seasons worth of passion and enthusiasm for these characters and I would be really disappointed not to be able to show off all their faces one last time.”

“The Vampire Diaries” staged Elena’s absence in a way that would allow for Dobrev to be brought back seamlessly without experiencing any inconsistencies with the narrative. Instead of killing off the character, she was put into deep slumber in a heroic effort to have Bonnie (Kat Graham) live her life fully and only until then would Elena get her chance to live. Given the premise, it’s possible that Bonnie’s previously teased exit could lead to Elena’s eventual return.

Aside from Plec, The CW’s president Mark Pedowitz is also open to the idea of bringing Dobrev back for the show’s final installment. “We’d love to have her back,” he said during the recently held Television Critics Association’s press tour. “Hopefully she’ll be back, but should it not work out, Julie has planned a great series finale that will satisfy fans.”

The Canadian-Bulgarian actress, however, has yet to comment on the matter since the “The Vampire Diaries” season 8 was announced to be the show’s last. Nevertheless, she has kept the door open with regard to reprising the role specifically for the series finale.