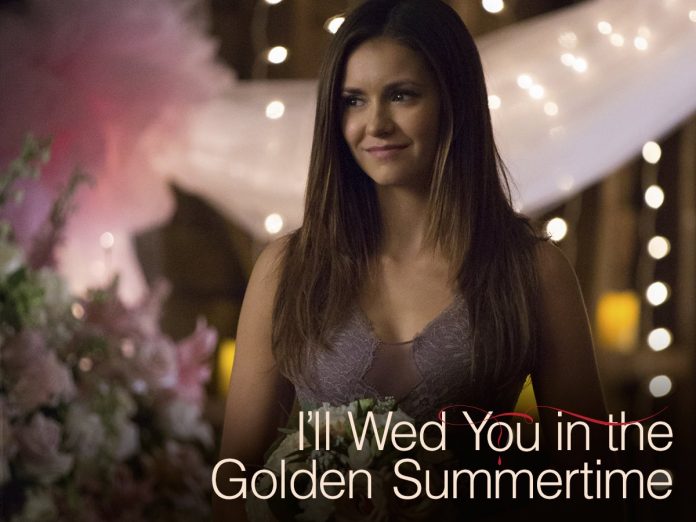 A new face is heading to Mystic Falls in the upcoming eighth and possibly last season of The CW’s supernatural series “The Vampire Diaries.”

According to Deadline, “Containment” star Kristen Gutoskie will portray the role of Seline. She is described to be a warm and nurturing nanny of two young kids by day. At night, she is a small-town girl trying to find her place in a dangerous world. She will have a bond to her new family in ways that she cannot explain and will fight desperately to protect those whom she loves.

Speculations have it that she could be taking care of Alaric’s (Matthew Davis) babies, given that he is the only core character who has children in the show. With Caroline (Candice King) rekindling her romance with Stefan (Paul Wesley), it is possible that Seline gets attached to the twins and even to their father. However, it remains to be seen if she also becomes his new love interest.

On a related note, there are rumors that Nina Dobrev is indeed coming back to the series presumably to reprise her part as Damon’s (Ian Somerhalder) soulmate, Elena Gilbert. Viewers may remember that back in season 7’s finale, her voice was heard when it was used by the mysterious villain in the vault to entice her boyfriend to come inside.

With the assumptions that the show is ending after season 8, a source previously told HollywoodLife that the actress may return as a form of respect to the series that put her name on the map. However, the manner of how she will appear has yet to be decided on.

“At this very moment, it is expected that Nina will be a part of the show on a very limited basis,” the insider revealed, adding that she may allegedly be seen in two episodes at most. “There is still tons of time to figure it all out and deal with proper scheduling, but it is going to be a less is more type of situation to finish her story.”

Executive producer Julie Plec admitted that she already has a plan for Elena’s return in the concluding installment whenever it may be, “It’s what she and I kind of agreed on when she decided to move on, and it’s what I’ve got in my head,” she told TVLine.

“In my opinion, she was very clear about what she wanted the next step in her life to be, and she’s doing a great job of achieving that. So I’m sticking with my side of the plan, which is to bring her back at the very end,” she elaborated.

Season 8 of “The Vampire Diaries” premieres on Friday, Oct. 21.