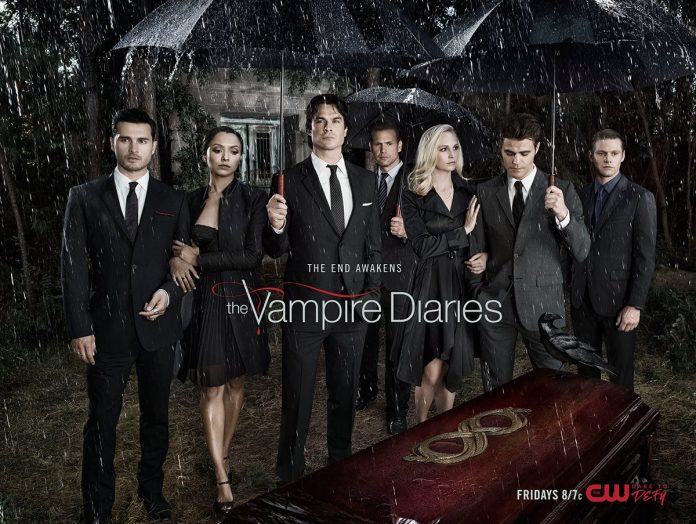 Damon (Ian Somerhalder) and Enzo (Michael Malarkey) will target someone from Stefan’s (Paul Wesley) past in the brand-new installment of The CW’s supernatural drama “The Vampire Diaries” eighth and final season.

Titled “Today Will Be Different,” episode 2 has Stefan, Bonnie (Kat Graham) and Caroline (Candice King) doing the best they can to stop the two from whatever they are planning. After learning that the next target could be someone they know, the trio heads to North Carolina.

While they are there, Bonnie takes drastic measures in an attempt to break Enzo free of whatever has a hold over him. Back at the Armory, Alaric (Matt Davis) and Georgie (guest star Allison Scagliotti) stumble upon a mysterious symbol that may be related to the supernatural force controlling both Damon and Enzo. Elsewhere, Caroline gets a surprise from Stefan.

Down the line, episode 3 dubbed “You Decided That I Was Worth Saving” will feature Bonnie finding herself at the center of a deadly game as Enzo continues to fight the control over him. It turns out that the former will have to make a heart-wrenching decision involving two of the most important people in her life.

In addition, Alaric continues to research about a mysterious artifact in the Armory. He hopes that the item will be able to help the vampires in their fight to get two of their own back. Finally, Damon’s downward spiral leads him to Tyler Lockwood (guest star Michael Trevino) who attempts to talk some sense into him before it is too late.

On a related note, Wesley hinted in an interview with TV Line that the otherworldly control Damon and Enzo are currently experiencing will continue to be a struggle as the narrative moves forward.

“This season is really about … the conclusion of what evil sins must these characters pay their dues for,” he shared.

'The Big Bang Theory' news: Sitcom faces lawsuit over the use...