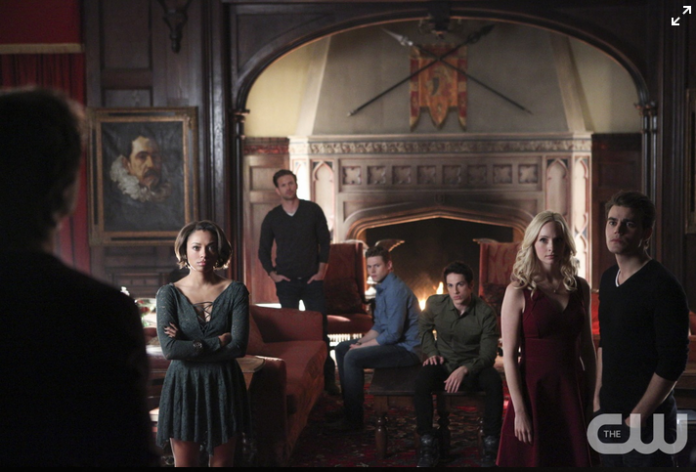 CW has announced that Season 7 of its hit supernatural, drama series, The Vampire Diaries, will be back on October 8 during its usual Thursday slot.

With the exit of Nina Dobrev as the lead character Elena in the Season 6 finale, executive producer Julie Plec revealed at 2015 ATX Television Festival earlier this month that the upcoming season will give more focus on Caroline Forbes, played by actress Candice Accola.

She said in the interview: “You realize, here’s a girl who’s trying so hard to matter and she’s over trying, she’s overcompensating. What you’ve done in a TV series is you’ve set up a girl, that by the end of her run as a character, she will be the one that gets picked first. ”

Caroline was one of the disliked characters during the earlier seasons of the show but when she turned into a vampire, her personality changed drastically. This made her become a loyal and protective friend who viewers learned to love. In addition to this, she also developed a romantic relationship with Stefan Salvatore.

Talking to TV Line, executive producer Caroline Dries shared that the Stefan and Caroline love story will be also given more emphasis since the finale has seen Stefan baring his true feelings.

However, it may take some time before Caroline accepts his love.

“We always thought it was more natural for Caroline to deal with the grief she’s feeling and not think that her relationship with Stefan is just a Band-Aid to cover up these tragic feelings she’s been enduring. She wants to come at it from a cleaner place… In Season 7, she’s going to try and figure out if she and Stefan can actually do this,” Dries said.

Meanwhile, actor Ian Somerhalder who plays Damon Salvatore, hinted that the new season will go back being dark, edgy and volatile.

In losing Elena, he also mentioned that his character will try to move on.

“Elena told him some things that allow him to move on. He’s a 170-year-old man with an endless amount of wisdom,” he said.

He also teased that the show will revolve more around the aftermath of what his mother did in the finale.

“The last two shots of this show truly depict where this show is going to be and we see characters moving into spaces and places we never thought they’d be,” Entertainment Weekly reports.

More details will reportedly be revealed during the upcoming San Diego Comic Con which will be attended by the cast of the show.

'One Punch Man' season 2 reportedly under initial stages of production