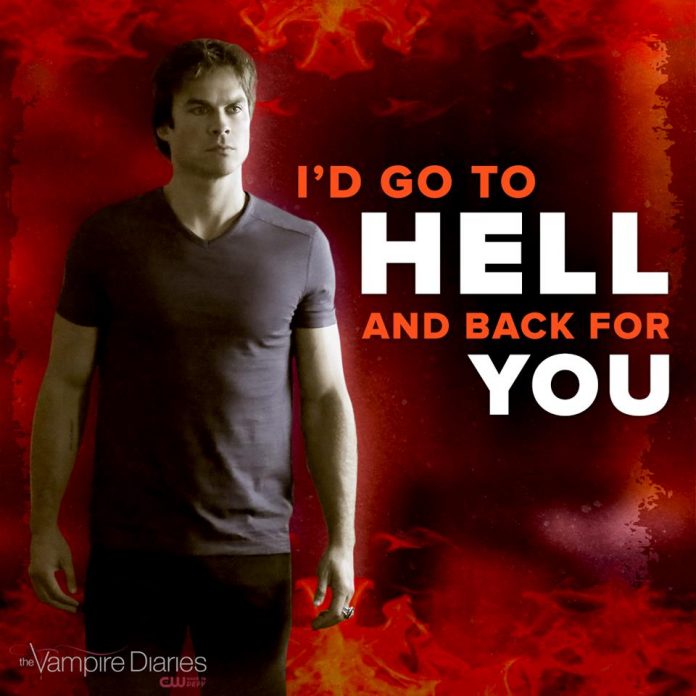 Shippers of Bamon will finally get what they have been wishing for as speculations have it that Damon Salvatore (Ian Somerhalder) and Bonnie (Kat Graham) may have some sort of romantic relationship as season 7 of The CW’s “The Vampire Diaries” continues to unfold.

Reports claim that when Elena (Nina Dobrev) gave her blessings to Damon to live his life to the fullest as she is in magical deep slumber, it is exactly what the latter did. However, there may be a problem as he had a one-night stand with her best friend.

Executive producer Julie Plec clarified in an interview that he did not have an affair behind his girlfriend’s back, “Elena’s parting words to Damon involved a request for him to ‘live his life.’ The subtext in that was not to be a monk and not to retreat in isolation. But I’ll be honest, I’m not sure he would have ever been with another woman if he hadn’t thought he had just burned his one true love to ash.”

When it comes to what happened between him and Bonnie, Plec said that it should not be viewed upon as cheating but only as a questionable act. “In our mind, Elena gave Damon permission to live his life to the fullest without her in it,” she further explained.

Plec then teased that it will have repercussions in their friendship and Damon will be making bad decisions that could potentially impact Bonnie. Although he will try his best to ask for her forgiveness, Bonnie may hold a grudge against him for an extended period of time.

Asked directly if there is any hope for the two fully forming love romance. “I can’t comment on future pairings because my mind changes a lot,” Plec answered.

Meanwhile, Stefan (Paul Wesley) will try to talk some sense into Damon as the latter decided that he is finally done living life without Elena. Damon also wants to take down Rayna (Leslie-Ann Huff) on his own. If he emerges alive after the ordeal, he will kill himself in order, so his brother will not worry about him anymore. Stefan will then remind him that he has sacrificed a lot for him and will have none of his plans.

New episodes of “The Vampire Diaries” season 7 air every Friday at 8 P.M. EST.