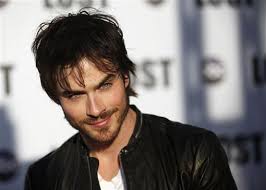 Everyone was stunned upon the airing of the episode of “The Vampire Diaries” where the character of Nina Dobrev, Elena Gilbert, was put to eternal slumber, following Dobrev’s plans earlier in the year to leave the show. Fans and even those involved in the show wondered how the seven-season-old series would fare at this amazing turn of events. This was considering that Elena’s romantic interest with another character, Damon (Ian Somerhalder), was the glue that held the show together almost from the start.

So how IS the show faring without Dobrev?

It would seem that the show has moved on without Dobrev, as Wetpaint recently expressed, “Given all the changes this seasonin terms of romantic matches, time jumps, and giant plot twistswe think it’s doing justfine.”

But then the inevitable question also rose as to the reason for Dobrev’s quitting, as KDrama Stars recounted Somerhalder and Dobrev’s off-screen relationship when they were still co-stars and Dobrev’s breaking up with him. After the break-up, Somerhalder proceeded to date Dobrev’s chum Nikki Reed, who the actor recently married this year.

But Dobrev has long since addressed this issue on E! Online, saying, “I’ve said this before, that we didn’t break up because anything bad happened or because there wasn’t love or friendship.” She said, “I love him and the friendship is still strong and I think he’s great and I care about him. And that didn’t change. Yes, we’re professional and that’s fine. We were friends long before we dated and we still are now.”

But how does Somerhalder really feel about Dobrev’s leaving the show? KDrama Stars wrote of rumors that the actor is somehow rueful about having worked with the actress in “The Vampire Diaries,” with another site reporting Somerhalder is also relieved that the actress quit.

However, it is not only Somerhalder that gets to have a say on how they feel about Dobrev’s departure. Celeb Dirty Laundry speculated whether Nina Dobrev’s supposed friendliness was preferred over Ian Somerhalder’s rumored diva behavior on set.

Whatever the case, the show hasn’t lost it’s popularity and fans are looking forward to season seven arriving on Dec. 3.