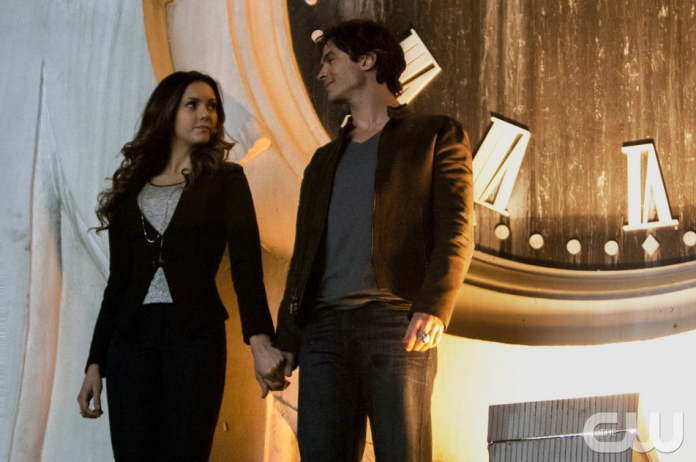 It is the first time in seven years that the cast of CW’s drama series, “The Vampire Diaries,” have attended San Diego Comic Con without Nina Dobrev. But as the panel concluded, people believe that the other stars may have hinted at a possibility of the actress coming back to the show.

Kat Graham who plays the witch Bonnie Bennett said that “I thought it was a really clever way to keep Elena there and keep her presence there and keep the door open in a lot of ways for her to come back.”

She added that her absence create a new and interesting connection between Bonnie and Damon as they deal with Elena sacrificing herself in a magical, endless sleep to keep Bonnie alive.

Talking to MTV News at Comic Con, Candice Accola who portrays vampire Caroline Forbes mentioned that her departure has stayed true with the series, “I think that’s what’s fun about this series. You never know when characters are going to leave, you never know when they’re going to come back. That’s been a constant for six seasons, now. So the fact that, for such a big departure, that it is left open-ended, is really true to the show.”

While Ian Somerhalder who plays Damon jokingly said, “She’s still there, dude. She’s in a casket; she’s having a nap.” To which Paul Wesley quips with, “[Characters] die and come back. It’s like Jesus!”

Wesley also mentioned that with Dobrev’s exit, it brings a fresh take on a long running show allowing it to make a shift in dynamics and create a new world.

Show creator Julie Plec also said that it is bittersweet not to have Dobrev on the panel but viewers will still see in season seven that the “really intense core of romance” is still alive as Damon ventures the world without her. Moreover, she hopes that the show will not be ending after the new season, Variety reports.