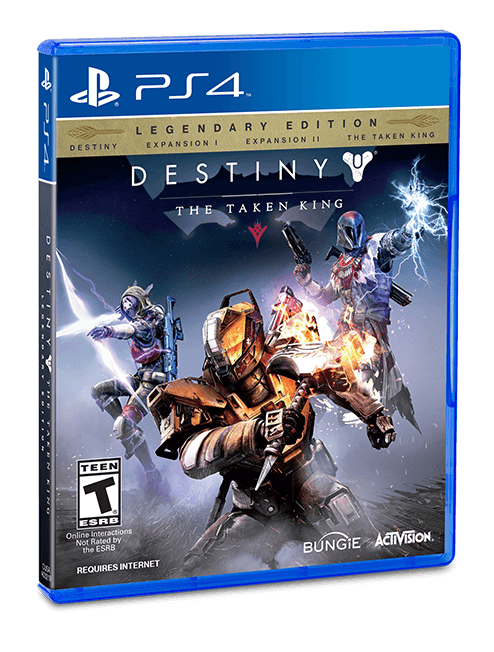 With the widely popular role-playing game, “Destiny,” nearing its one year anniversary, Bungie has a lot in store for diehard fans when it releases the upcoming third expansion pack “The Taken King” on September 15.

According to a hands-on experience by Game Informer ahead of the launch date, the new installment has arguably the best content yet for the Guardians.

Improvements have been made when it comes to the game’s Strike Missions which may have a high replay value. From having a straightforward strikes and night raid, the new expansion makes them more dynamic as they focus on three categories. These are based on the previous playlist and the player’s level that have been broken down into Vanguard Legacy, Vanguard Ursa and Vanguard Marmoset.

Legacy will list all the current Destiny missions from the main game and first two downloadable-content packs. Ursa are heroic strikes that rewards legendary marks and legendary engrams. While Marmoset are the additional new ones that can only be availed in the Taken King. The last type will have simple matchmaking that give players the right content that they want to play.

The Nightfall Strikes also get revamped modifiers that have been handcrafted and may be seen in subsequent adventures.

Moreover, new paths will be introduced to prevent having new encounters on the same strike. The gamer may be able to participate in more than one encounter without having to constantly check rewards or crossing ways with similar enemies.

The bosses such as the Restorative Mind on the Venus’ Echo chamber and Alak-Hul the Darkblade from Sunless Cell are also expected to become more distinct, with more Destiny lore being presented every after mission to help players understand the bigger and encompassing story better.

The Taken King will be available across platforms including Playstation 3, Playstation 4, Xbox 360 and Xbox One.