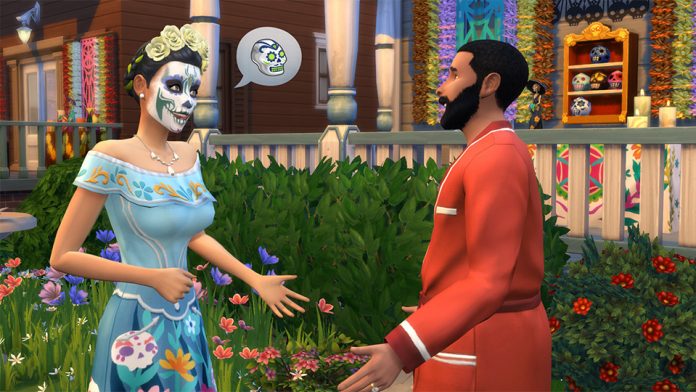 Halloween festivities started early for “The Sims 4” players as the simulated game recently offered a new feature dubbed as the Day of the Dead Challenge.

Publisher Electronic Arts broke the news via an announcement on the game’s official website. It not only details a couple of new treats that players can try but also some screenshots to get them in a horror-filled mood. The challenge brings the famed but equally mysterious Jasmine Holiday into the lore to ring in the fun. The event started last Oct 4. and players can expect that she will be lurking around even until after Halloween, specifically until Nov. 4, 10 a.m. PT/ 1 p.m. ET.

“She will be available to get your Sim started with the Sugar Skull Display Case! From there, your Sim can head out and meet Day of the Dead Celebrators out in their neighborhood, and use the “Ask for Sugar Skull” interaction. When your Sim has collected all of the ones available from the NPCs [non-playable characters], a final Sugar Skull will be unlocked for completing the collection,” an excerpt from the description explains.

Once the 10 Sugar Skulls are collected, gamers will be able to unlock a brand-new interaction called Honor the Dead where they will be given the chance to engage the Grim Reaper in a conversation. From this relationship gain, players may be able to plead for another lifeline for their respective Sim. And despite no longer being able to collect more Sugar Skulls once the challenge closes, the Honor the Dead interaction will still remain.

Aside from the spooky feature which is now available, “The Sims 4” will also roll out new content for City Living. Romance is in the air as the update allows players to plan their ideal wedding in the heart of Center Park. All the basic ins and outs of the ceremony will be customizable from the wedding guests to the fancy outfits that will be worn during the event, and even the fireworks that players might want to use to cap the night off.

The City Living expansion pack has yet to go live so fans may need to hold off their excitement for a bit. It is expected to launch on Nov. 1 in North America.