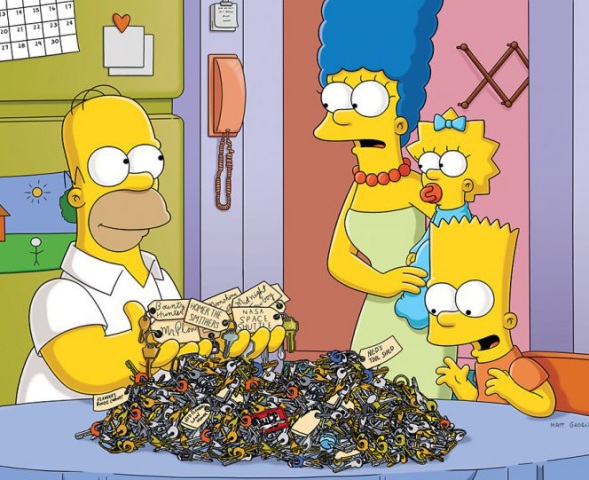 Fans of the long-running comedy TV series “The Simpsons” are excited about the 27<sup>th season of the show which will premiere before the end of September. And, rumors about the cast and plot details are circulating the Internet.

The newest season of “The Simpsons” will be about how Marge has already had enough with Homer. She consults a therapist who tells her that, “It’s never going to change.”

In an interview with Entertainment Weekly, the show’s executive producer; Al Jean clarified the issue that Homer and Marge were getting a divorce. “I never said they were getting divorced. I never used that word. And the next thing I know, there are crazy headlines. I wasn’t trying to trick people… Cartoon characters can fall down cliffs or blow each other’s heads off, but they cannot get divorced.”

Likewise, Jean said that the problem that the famous cartoon couple will encounter in their marriage will be different from the ones already featured in the previous episodes of the show.

A new character in the TV series will be a pharmacist named Candace, and she will be voiced by Lena Dunham. Candace will meet Homer after he finds out that he has narcolepsy and needs a prescription. The two will be interested in each other, and that will be a part of Homer and Marge’s marriage strife.

On the other hand, other characters will also debut including Lisa’s new friend (Kristen Bell) and Mrs. Berrera. The latter will be voiced by Sofia Vergara, and she will be the new teacher at Bart’s school. Evidently, Bart and Principal Skinner will both be attracted to her.

Beloved Spider-Pig will make a comeback in the newest season, and he will help Maggie rescue a possum trapped in Cletus’ kitchen.

'Teen Wolf' season 6 spoilers: series will be a ghost story...