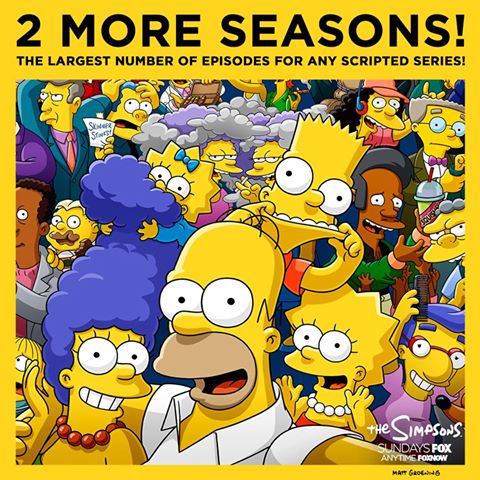 According to TV Line, the double renewal brings Homer Simpson and company to a total of 669 episodes. It breaks the record for the most number of episodes for any scripted series, both animated and live-action. The record was previously held by Western drama “Gunsmoke” with 635 episodes that aired from 1955 to 1975.

In a statement, Homer humorously bragged about the milestone saying, “Take that ‘Gunsmoke!’ You lost a race you didn’t even know you were running!”

Moreover, Fox Television Group’s chairmen and CEOs Dana Walden and Gary Newman shared, “This is yet another record-setting moment for what is truly a landmark series. ‘The Simpsons’ has meant so much to the network, the studio and everyone at Fox, and its continued cultural impact around the globe is a testament to the combined brilliance of [executive producers] Matt [Groening], Jim [Brooks] and Al [Jean].”

They also congratulated everyone in the creative and production teams, including the voice cast, producers and the writers. The executives also mentioned the fans who have kept on watching the animated show all throughout its many years on the air. It remains to be seen if “The Simpsons” will go beyond season 30 as Jean hinted at its potential conclusion sometime after the said installment.

On a related note, Deadline shared that current cast has also been locked in for both new seasons. These include Dan Castellaneta, Julie Kavner, Nancy Cartwright, Yeardley Smith, Hank Azaria and Harry Shearer.

“The Simpsons” is currently on season 28. It is said to be averaging 7.2 million multi-platform viewers. It recently hit its landmark 600th episode on Oct. 16 which reportedly registered its largest rating with the number of viewers ballooning to 9.9 million within a seven-day interval.

'The Following' news: Season 4 may not happen with Kevin...