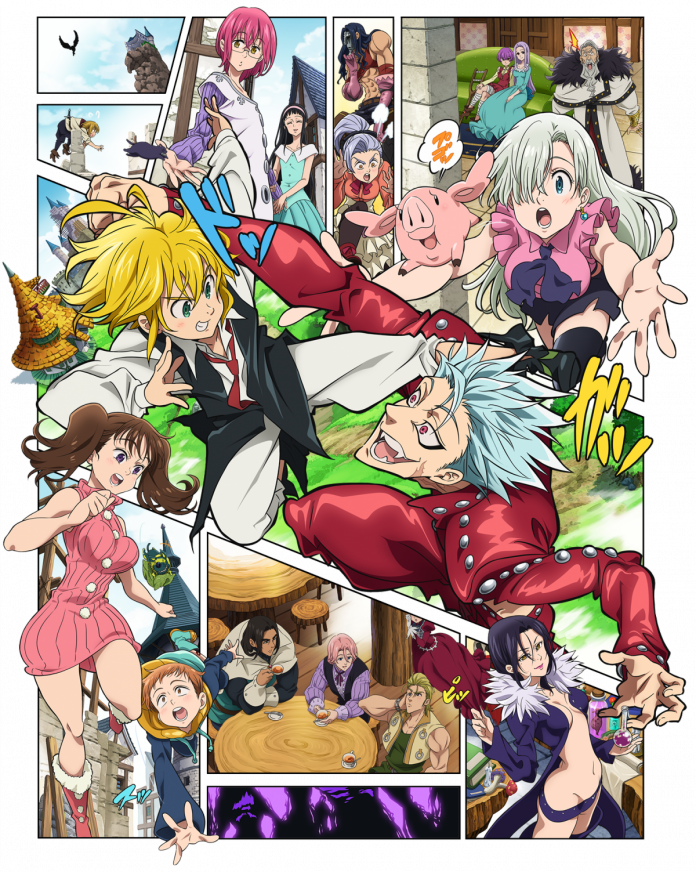 It has been more than two years since the hit manga series “The Seven Deadly Sins” was adapted to the small screen. Fans know that the second season of the anime has already received the green light but it is still without any official return date. However, a special series in between installments is slated to air next month with acclaimed Tomokazu Tokoro helming the project.

A four-week television miniseries will air starting Aug. 28 and will tackle the original story written by Nakaba Suzuki titled “Seven Deadly Sins: Signs of Holy War.” Produced by A-1 Pictures, the said miniseries will be airing on both MBS and TBS every Sunday afternoon at 5 p.m. JST, Anime News Network reports.

Joining Tokoro on the production team are Yuniko Ayana and Yuichiro Kido, who took over penning the adaptation, as well as Keigo Sasaki, who designed the characters. Hiroyuki Sawano and Takafumi Wada, on the other hand, are in charge of the musical score of the limited run show.

Following the spin-off, season 2 of “The Seven Deadly Sins” will continue telling the story of when both humans and non-humans were still in struggling to coexist with each other. The Knights, who are said to be the protectors of the Kingdom of Liones dubbed the Seven Deadly Sins as traitors and are on a mission to hunt them down. However, as Queen Elizabeth rolls out a massive order to track down the so-called renegades, it comes as a shock to her that instead of the rogue image they are painted to have, they appear to have no desire to harm others.

Since there is still scarcity with regard to official news about the manga-turned-anime, fans can indulge themselves on the first season of the show. Netflix has bought the rights of “The Seven Deadly Sins” which makes it their second exclusive anime following “Knights of Sirdonia.” The anime shows are both subtitled and dubbed in English for international fans.