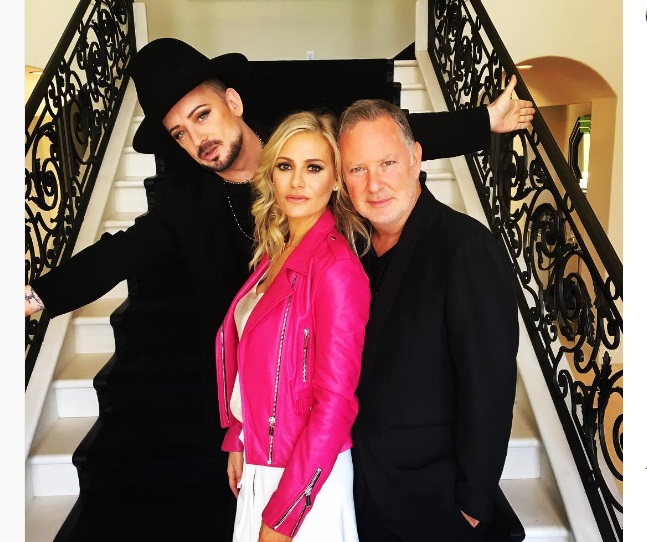 “The Real Housewives of New Jersey” season 7 may be over, but Bravo is set to replace it with another installment of “The Real Housewives of Beverly Hills” that is slated to premiere early next month. As of late, the latest addition to the elite club of Housewives is making quite a buzz as fans have begun to muse on how she will blend in with her tenured co-stars.

Dorit Kemsley is all set to join the crew next month and ahead of the reality series’ season 7 premiere, the newbie has given fans a closer look at her private life including her relationship with her equally successful husband who manages a couple of famous individuals.

Kemsley, 40, is a designer by profession. In fact, she has a swimwear line named after her. Moreover, her swimwear range is more focused on versatility as most of her pieces are very much adjustable and can be worn on both sides.

She’s married to Paul “PK” Kemsley who’s a land developer and at the same time, manager to ’80s pop icon Boy George. In addition, he also handles soccer legend Pel and his respect towards the athlete is said to be genuine.

Reports also say that Dorit lived in New York for a brief moment before meeting Paul. The couple then tied the knot last March 2015 in an extravagant manner. The two then moved to Beverly Hills after their wedding and have been operating their respective businesses there ever since.

Furthermore, Dorit is said to be good friends with Lisa Vanderpump even before her inclusion in the show. Having that said, fans can expect that the bond between the two will be evident early on next season.