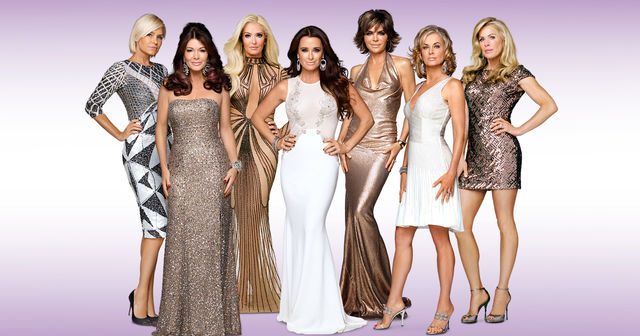 “The Real Housewives of Beverly Hills” is currently filming new episodes for its seventh season, and viewers are in for a few changes when the Bravo show returns. Kyle Richards recently previewed what to expect in season 7, saying that a “little shift” is coming to the reality series.

At the Dailymail.com Summer White Party at PUMP in West Hollywood, Kyle spoke with E! Online and talked about the new season.

“Each season, someone new seems to come in and shake things up a bit, so we do have a little shift this season and it’s interesting,” said Kyle.

When asked whether the shift is a positive thing, Kyle said that right now, it’s too early to tell.

“You never know,” said the reality star. “In the beginning, it’s always great, and then later, you’re like, ‘Oh my God, this is a nightmare!'”

It is expected that new cast members could be joining the show after Yolanda Hadid and Kathryn Edwards left the show after season 6. It was previously reported that Lisa Vanderpump’s friend, British designer Dorit Kemsley, has signed on to become the newest Housewife in the seventh season of the Bravo series. However, the network has yet to confirm whether the casting reports are accurate.

Along with Kyle and Lisa, it is expected that Lisa Rinna, Eileen Davidson, and Erika Girardi will be returning for season 7. Kyle also teased that a familiar face might be returning to the show her sister, Kim Richards.

Kim was a series regular until season 5. The former child star bowed out of season 6 as it was said that she wanted to focus on her sobriety. However, Kim did return as a guest star in several episodes of season 6, along with Brandi Glanville.

“I think she is [returning],” said Kyle about her sister. “I can’t confirm that, but I would like to see her back and I know a lot of people would.”

“The Real Housewives of Beverly Hills” is expected to return later this year on Bravo.