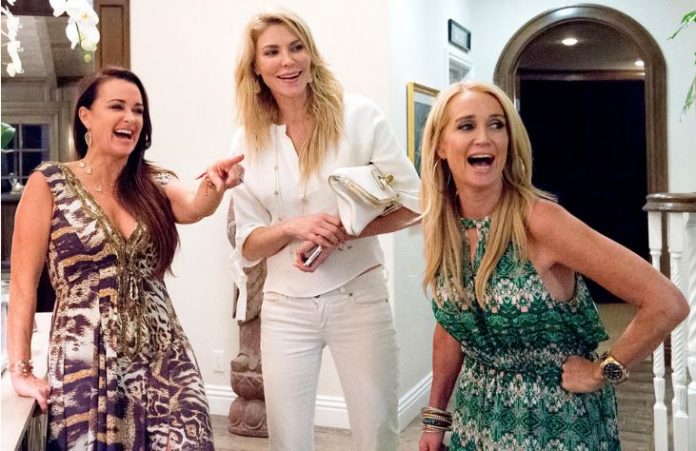 A recent Facebook post made by the reality star sparked speculation that she might be seen in the upcoming season of the Bravo show. Brandi posted a picture of her and “RHOBH” star Erika Girardi wearing matching beige pants and sweaters with the words “Astro X” on them, and she captioned the shot, “So excited to be walking the red carpet soon for a movie I did with this beauty.”

The movie that Brandi is referring to is the upcoming “Sharknado 4” as it was previously reported that Brandi and Erika will be appearing in the Syfy TV movie as Astro X scientists.

Reality Tea speculates that if the two are getting friendly in real life, it’s possible that this new friendship will spill over to the small screen, and fans might get to see Brandi in upcoming episodes of “RHOBH.”

Meanwhile, a new Housewife is said to be joining the series after Yolanda Hadid left the show. Us Weekly sources claim that Dorit Kemsley has signed on for season 7. Kemsley is said to be a good friend of Lisa Vanderpump and is a fellow Brit like the restaurateur.

Bravo is said to be looking for two to three women that already have natural relationships to the existing cast, but also have organic drama and storylines. Kemsley’s casting seems to be timely as Lisa allegedly required an ally for her to return after her feud with Lisa Rinna, Eileen Davidson, and Yolanda last season.

“Yep, never thought I would return, but after many discussions. The pump is still in the game. Thank you to all of you,” she tweeted.

“The Real Housewives of Beverly Hills” is expected to return later this year on Bravo.

'One Punch Man' season 2 release date, spoilers: Saitama in a...