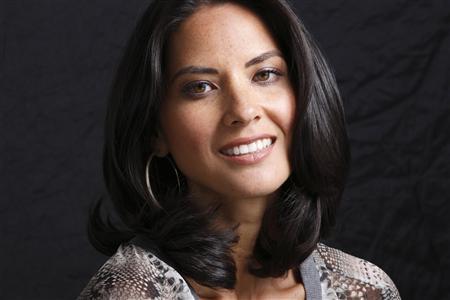 “The Predator” is now moving along nicely after suffering a minor setback when Benicio del Toro dropped out of the film due to scheduling problems. It has been reported that “X-Men: Apocalypse” actress Olivia Munn is in talks to star in the science fiction reboot.

The Hollywood Reporter says that Munn is going to play a scientist while “Logan” actor Boyd Holbrook is portraying a Special Forces commando. The report also states that the film will be set in an unusual location for a “Predator” movie the suburbs. Well, this could be the funny aspect of the film that director Shane Black wanted. The director spoke with Collider last month and he said that he thought the film should be scary and funny at the same time.

“I think the Predator movies have slightly veered from typical sci-fi in that there is a sort of thriller aspect to them. I think it should be scary, I think it should be funny, and I think ultimately it should be wondrous and about perceiving things that human beings very seldom get a chance to see… I don’t mean movie audiences I mean characters in the movie. I’m not saying the movie will be nothing anyone’s seen before (laughs).”

During the interview, Black also revealed that production would begin in February of next year. The cast and crew still have a lot of ground to cover since it’s supposed to come out on Feb. 9, 2018. Can they finish the movie in time? Or is there going to be a delay?

Black told JoBlo that “The Predator” will be more like a sequel than a reboot. He stated that the film would take place 30 years after Dutch Schaefer (Arnold Schwarzenegger) and his Special Forces team fought the extraterrestrial Predator in the jungles of Central America in the first movie.