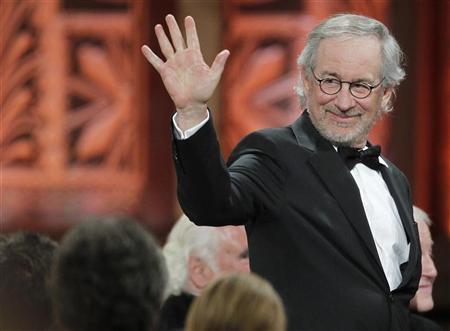 Award winning American filmmaker Steven Spielberg is the latest person to share his sentiments about the ongoing Oscars diversity issue.

The 69-year-old who is dubbed as one of the founding pioneers of the new Hollywood era sat down with The Hollywood Reporter and was quizzed about the debacle where he not only answered but even gave some insights about the matter as well.

“I’m a huge supporter of the Academy Awards,” Spielberg started but admitted that he was shocked that a couple of artists and films were not on the final nominated list.

“I was surprised at [the exclusion of] Idris[Elba] I was surprised at that. I think that was one of the best performances in the supporting actor and the actor category, was Idris. I’ve seen ‘Straight Outta Compton‘  my wife and I saw it when it first opened, the first weekend, and it just rocked our world. It was incredible,” he explained.

Elba, who won big in the SAG awards both for “Beasts of No Nation” and “Luther” aired his sentiments about the issue, while “Straight Outta Compton” producer Will Packer called out the Academy for their film’s snub.

Amidst mirroring the sentiments of the majority of stars and industry people who were asked thef same questions, Spielberg took a step back and said that people should look into the bigger picture, explaining that he does not think that it is racism that caused the omission of Elba or “Straight Outta Compton” in the Oscars run.

Spielberg also does not believe that taking out current members from the roster of the Academy committee is the answer to the dilemma as it may also be very unfair to those who have worked their way to their current positions.

The three-time Academy Award winner instead pointed out the problems in the rules about Oscar campaigning to which he would like the organization to look into as well.

“I do think think the amount of, let’s just call it ‘gifts,’ the amount of ‘enticements,’ should be reduced to zero. I think the thing I’m against the most are enticements people sending elaborate brochures and baskets. I think sending out a DVD of your movie is all we should be doing and nothing beyond that. Not the dinners and anything else I just think that’s a little bit different than the way it used to be,” Spielberg suggested.