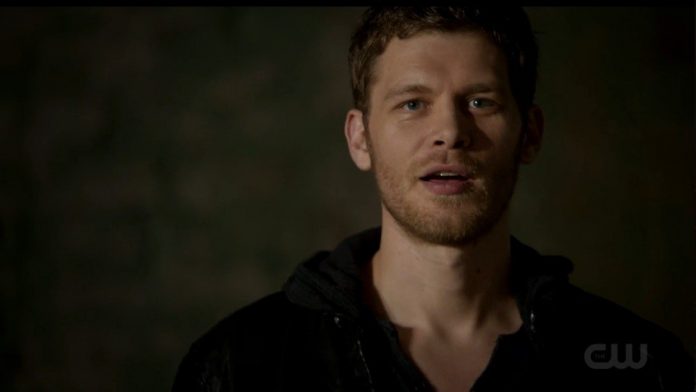 When “The Originals” season 3 ended with the Mikaelsons in caskets, the question moving forward was no longer if they would ever be able to come back from their sleep. It has been a foregone conclusion that Hayley (Phoebe Tonkin) will be able to find a way to get them back on their feet, especially Klaus (Joseph Morgan). But while this particular plot point has already been more or less confirmed, the aftereffects of the hybrid family being in slumber for five years is presumed to be the driving force of the coming fourth season of the series.

One particularly interesting scenario would be the long overdue reunion of Klaus and Marcel (Charles Michael Davis), who played a huge part in the former’s debacles in recent years. And although it appears that it would be natural for Klaus to seek revenge, Morgan insinuated that viewers shouldn’t count on his character killing his former protg.

“I don’t think so, unless it’s necessary for his survival. The bond with Marcel is one of the show’s foundations. That’s why it was so hurtful to Klaus when his brother Elijah (Daniel Gillies) tore out Marcel’s heart,” the show’s lead star told TV Insider in an exclusive sit-down interview.

Morgan’s comments mirror series executive producer Julie Plec’s previous statement about the odd bond between the once master and student and where it might go from here.

“The indignity of Klaus Mikaelson’s situation the last five years [is being] held captive by his surrogate son and forced to be an advisor to a king that he does not recognize,” Plec told Entertainment Weekly‘s Natalie Abrams in her weekly spoiler roundup. “Also, [he knows] Marcel is actually singularly responsible for the fact he’s alive, because so many people have come to town in the last five years desperate to see him reduced to ash.”

The TV show creator extraordinaire also shared earlier that in season 4, Marcel would not be the big baddie of the supernatural series. But that does not necessarily mean he will not play a huge part in the overall arc of the show. Maybe he would even be given the opportunity to make amends for all his past misdemeanors, as executive producer Michael Narducci has pointed out.

Season 4 of “The Originals'” is scheduled to debut sometime early next year on The CW after moving to the 20162017 midseason block.

'Jessica Jones' titles, synopsis for episodes are out; series to be...