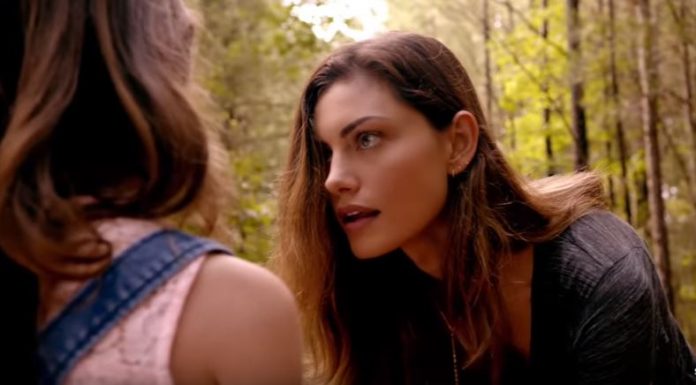 The stars and producers of “The Originals” were at San Diego Comic-Con over the weekend to preview the fourth season of The CW series and to answer some questions about what lies ahead for some of the characters in the upcoming season.

Series stars Joseph Morgan, Daniel Gillies, Phoebe Tonkin, Charles Michael Davis, Yusuf Gatewood and Riley Voelkel, as well as executive producers Julie Plec and Michael Narducci, were at the pop culture event on Saturday, July 23. One of the things unveiled was a brand-new trailer, which sees a grown up Hope Hayley’s (Tonkin) daughter which confirms a time jump for the series.

In the trailer, Hope asks her mother if they are going to get her dad.

The last time fans saw Hope, the character was a toddler, and now, she is capable of asking questions and understanding her family’s situation. At “The Originals” Comic-Con panel, Narducci said, “She was two years old when we left her… and she’s now a little person.”

“She’s got dialogue and hopes and dreams, and she misses her dad and understands her family has suffered a great loss…Hayley’s a great mom,” the executive producer added.

In the finale, Hayley took her daughter with her as she headed out of town to find a cure for the Mikaelsons. The bodies of the original vampires were placed inside coffins inside the truck, and Hayley drove out of New Orleans to find some help for Freya (Voelkel) and the others.

Narducci revealed that Hayley’s quest to save everyone will require her to “locate the seven werewolf packs,” and it looks like she will have a difficult journey ahead of her. Hayley is a vampire-werewolf hybrid, and in the past, she tried to bury her werewolf instincts. However, it looks like those instincts will be the key to finding a cure for her friends.

“She has to explore the werewolf side that’s going to connect her to those packs,” said the producer.