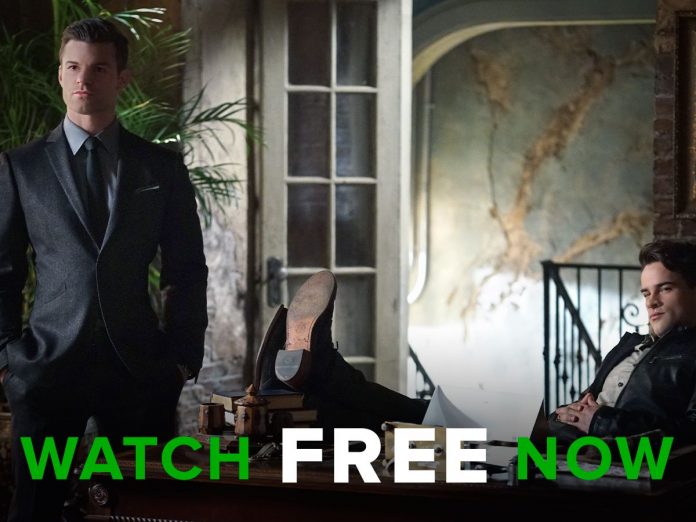 The penultimate episode of The CW’s supernatural romance series “The Originals” season 3 will have the Mikaelsons putting down whoever threatens their family.

Titled “Give ‘Em Hell Kid,” the installment features Vincent (Yusuf Gatgewood) and Kol (guest star Nathanel Buzolic) travelling to the ancestral world with the help of Detective Kinney (guest star Jason Dohring) as they try to put a stop to the witches and take back their city once and for all.

In an interview with TV Line, executive producer Michael Narducci teased that the protagonists will finally take a stand against the ancestors, turning Vincent into “the character we’ve always wanted him to be.” There will also be some mind-boggling alliances forming, “If I told you the roster of characters — not just active cast members, but also guest stars — that will be involved in helping to take down the ancestors, I don’t think you’d believe me.”

However, Narducci added that Kol’s relationship with Davina (Danielle Campbell) may prove to be castastrophic, “We’re going to see that bomb go off. Remember, Kol is a very bad guy.”

Meanwhile, Freya (Riley Voelkel) receives new visions of a looming prophecy which leads to her uncovering that her family is on a collision course with a new dangerous enemy. Moreover, Klaus (Joseph Morgan) and Elijah (Daniel Gillies) will confront Marcel (Charles Michael Davis) after a heartbreaking plan gone wrong that has sent him spiralling.

The sneak peek showcases Marcel announcing, “The Mikaelsons seek answer from this, I’m gonna make them answer.” Elijah and Klaus are then featured arguing with the former saying, “I had no choice,” to which the latter quips with, “Do you really believe that?”

The scene then goes to show a friend of Marcel advising him against his plans, “That’s an open declaration of war. Are you really gonna take down everyone?” Marcel also talks to Klaus stating, “You are my mentor. Now you are nothing to me.” The clip ends with Elijah coming to a dire conclusion, “We betrayed him! We created a very dangerous monster indeed.”

'Avatar 2' news: Col. Miles Quaritch coming back to life in...