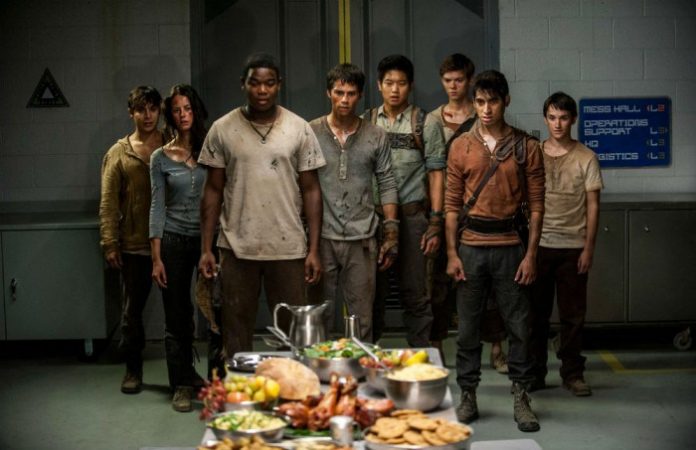 The Gladers will keep on running, as they return for yet another phase of the trials for The Maze Runner: The Scorch Trials.

Based on the bestselling trilogy of books by James Dashner, The Scorch Trials follows the next stage of the adventures of Thomas, Theresa, Minho, Newt, and the rest of the surviving Gladersfresh from their “rescue” from escaping the Mazeas they continue to search for the truth.

In an interview with Slash Film, lead star Dylan O’Brien talks about the new movie, and how they are underdogs compared to other YA movies out there.

“Character-wise just figuring out this arc,” he shared. “The way I look at it is like the first one, Thomas is the reason, he kind of holds all the responsibility for them getting out and he thought that was the answer, he believed in it so hard. Now that he’s gotten these guys out and they’ve lost more than they have and Chuck especially, all that is weighing on him now that he’s not so sure that this was actually the better choice. Maybe this wasn’t the best thing.”

Dylan also shared that he had read all the bookswhich means he knows what will happen at the end of it allbut does not exactly remember every detail, as he had read them over a year ago already, all in a span of four months.

Also, Dylan shared how he thinks The Maze Runner franchise is actually an underdog compared to other popular YA adaptations lately such as Divergent and The Hunger Games.

“To be honest, speaking frankly we don’t have the budget of Divergent or Hunger Games,” he said. “We don’t have the marketing of that, it’s not in everyone’s face like that. I think the only reason we caught some people’s attention was because it’s cool. We made it really special, I think. I hope.”

The Maze Runner: The Scorch Trials opens in theaters September 18.

'Vikings' season 4 news: Ragnar's wrath over betrayal on display in...