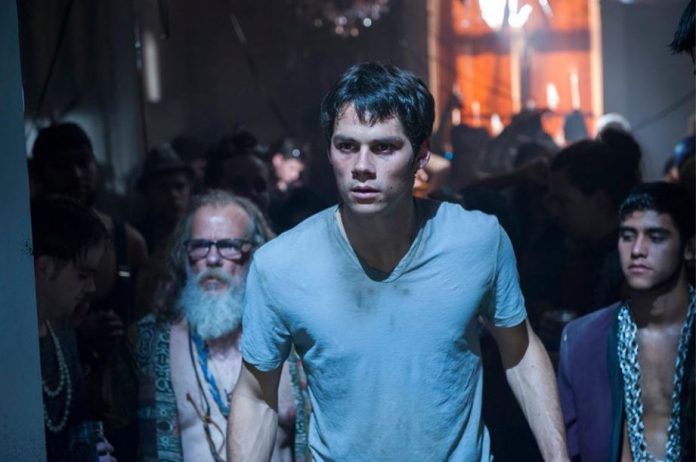 Production on “Maze Runner: The Death Cure” was halted due to Dylan O’Brien’s injury earlier this year. According to reports, filming will pick up in February 2017 to give the actor more time to recuperate, and as a result, the film’s release will be pushed back to 2018.

Back in March, O’Brien sustained serious injuries while filming the third movie in “The Maze Runner” franchise in Vancouver, Canada. A report from WorkSafeBC indicated that the 25-year-old suffered a “concussion, facial fracture and lacerations” after falling to the ground when the motorcycle he was driving went into a slide after a stunt. Though O’Brien was not identified in the report to protect the privacy of workers, it was claimed that the actor struck his head on the pavement and temporarily lost consciousness.

According to Deadline, production shut down soon after O’Brien was sidelined. The production was supposed to restart on May 9 but that was postponed to give the actor more time to recover. O’Brien was said to have fractured either his cheekbone or orbital socket after the stunt sequence went wrong. O’Brien’s co-star Giancarlo Esposito told E! News last May that the actor was “healing very well” and that the actor’s positive attitude will help him get back on the set soon.

Since his injury, the actor has been seen for the first time at a Jamba Juice in August where a fan took a picture with him. In the photo, the actor is seen sporting a beard.

It appears that O’Brien has already recovered and is fit to work as he has been cast in a new action thriller alongside Michael Keaton and Taylor Kitsch. O’Brien will star as the lead in “American Assassin,” which is based on Vince Flynn’s best-selling book series. According to The Hollywood Reporter, the movie is targeting a September start with shooting to take place in London and Budapest.

Meanwhile, The Globe and Mail reports that production for “The Maze Runner” will pick up in South Africa next year. A source told the site that the shift in locations was deemed necessary because the film needs a summer kind of setting available in South Africa.