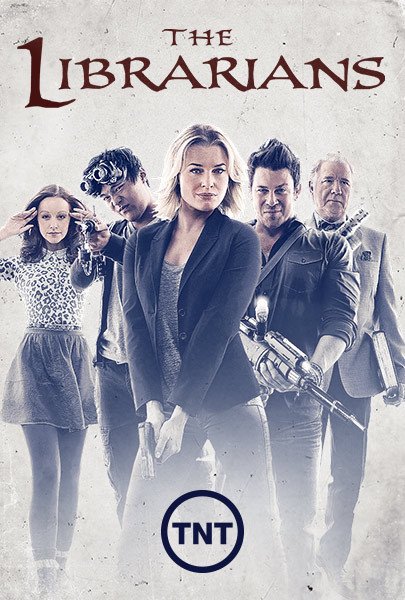 Back for its second season which started airing on Nov.1, “The Librarians” is already halfway through its the season. While a lot  already happened, it’s safe to say there is more to unfold in the upcoming episodes.

The show which is a  made-for-TV movie series by Turner Network Television (TNT) is about a group of people slated to protect the world from a series of supernatural threats. The story has captured a legion of loyal followers. So, it turned to a full series airing on TNT.

Earlier this season, fans were treated with various character developments such as of Flynn Carsen (Noah Wyle), who was working with ex-NATO agent Eve Baird (Rebecca Ramjin). Meanwhile, the other three librarians went to accomplish individual tasks. Flynn, however, went on a separate mission to look for missing artifacts, therefore leaving Eve to lead the other three librarians to work around the Library.

In the third episode titled “And What Lies Beneath the Stones,” a little bit of back story about Jacob Stone (Christian Kane) was revealed as well as the reason why he was publishing his university papers under a pseudonym. However, this may not yet be the end of delving into Jacob’s history. Christian Post reported that there will still be more instances in the future episodes where Jacob’s family history will be revealed including a few more appearances by his father Isaac. The same happened in episode 4 titled “And the Cost of Education,” where Cassandra (Lindy Booth) stepped into the spotlight and became the main object of interest. In the middle of battling her tumor, she will also be able to discover and explore the depth of her abilities which can help the team in their future encounters.

These episodes will lead to “And the Hollow Men” where Flynn will reunite with the other librarians. In an article by CDA News, Flynn will be in a rut attempting to take possession of one of the many missing artifacts which will eventually lead him to be kidnapped by a mysterious person who seems to have amnesia. Not only does this person seem to forget a great amount of information about him, but he is also discovered to be in custody of a couple of missing artifacts. This is where the other librarians will need to interfere and help Flynn out of his current situation.

War of the Planet of the Apes: Woody Harrelson will be...