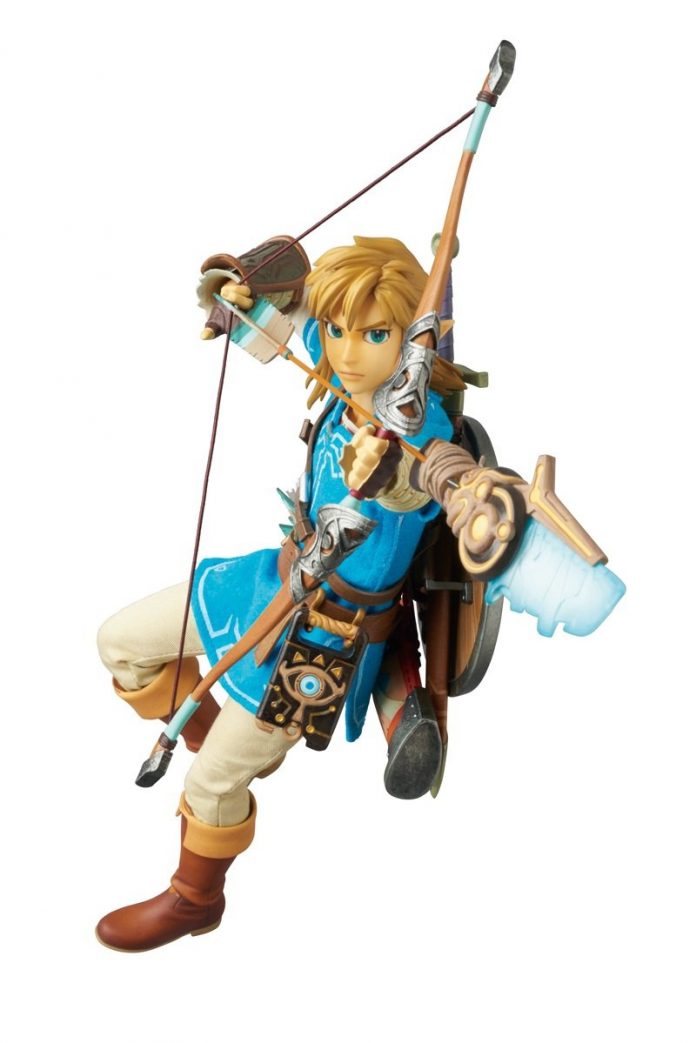 Japanese toy manufacturer Medicom Toy recently unveiled a new figure inspired by the upcoming and highly anticipated new game from Nintendo, “The Legend of Zelda: Breath of the Wild.”

The new action figure that was unveiled by the toy company is based on the main protagonist of the series, Link. In the upcoming game, Link ditches his iconic green hooded tunic and opts to go for an entirely new look. This time around, Link was designed to be sporting a new blue colored shirt, along with a grey hood that he wears from time to time.

Fans and players had already seen the new look of Link in full view and in action in the numerous gameplay videos released that features the character, as well as the environment of the game, and also in the screenshots from the game that Nintendo had teased the fans with in the past. With this, one could see that Medicom Toy’s “The Legend of Zelda: Breath of the Wild” Link action figure is rich in detail, looking to be as detailed as possible as it looks exactly the same as how the character was shown in various occasions.

The figure stands at 300 mm tall, or at least approximately around 11.8 inches. The body of Link was made out of PVC, and his clothing is made out of real fabric to give the figure a more realistic feel.

Aside from Link, the set also comes with all of his weapons and accessories, including his sword, shield, bow, and quiver loaded with usable arrows. The figure’s limbs are movable so it can pose in different positions. Alternate facial expressions are also available.

No pre-order details or release date have been announced for now, but the figure was posted with a price of 30,240 yen, which roughly translates to $288.