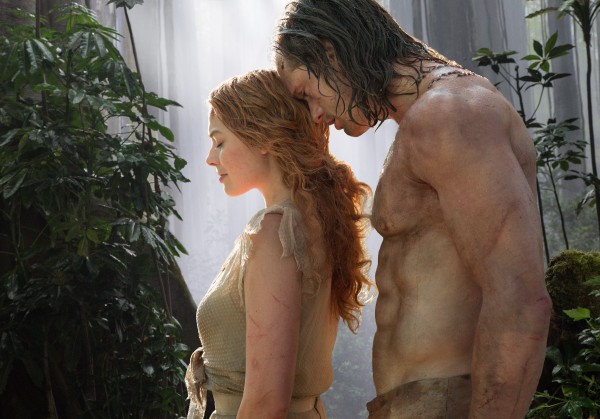 Disney live adaptations are somewhat making a comeback in the movie scene with various productions coming in like Emma Watson’s “Beauty and The Beast” and Scarlett Johansson’s “The Jungle Book.” Now, the first look for another House of Mouse’s beloved character live movie adapatation, this time, brought by Warner Bros., “The Legend of Tarzan” has just been recently revealed.

The story of Tarzan has been constantly appearing in movie theaters since his first appearance in the novels by Edgar Rice Burroughs’ novels in 1912. Since then, a total of 200 adaptations have already been made. This time, however, the adaptation will have a darker plot.

Tarzan, who is played by Alexander Skarsgard, has already been in civilization, married love interest Jane, played by Margot Robbie, and has taken a different persona as Lord Greystoke.

The official synopsis was already released on top of the trailer and still. It reads, “It has been years since the man once known as Tarzan left the jungles of Africa behind for a gentrified life as John Clayton III, Lord Greystoke, with his beloved wife, Jane at his side. Now, he has been invited back to the Congo to serve as a trade emissary of Parliament, unaware that he is a pawn in a deadly convergence of greed and revenge, masterminded by the Belgian, Captain Leon Rom. But those behind the murderous plot have no idea what they are about to unleash.”

For his part, Skarsgard shared some of his opinions regarding playing such an iconic character. “It’s almost the opposite of the classic tale, where it’s about taming the beast. This is about a man who’s holding back and slowly as you peel off the layers, he reverts back to a more animalistic state and lets that side of his personality out,” the 39-year-old actor said.

“The Legend of Tarzan” will hit theaters July 1<sup>st.