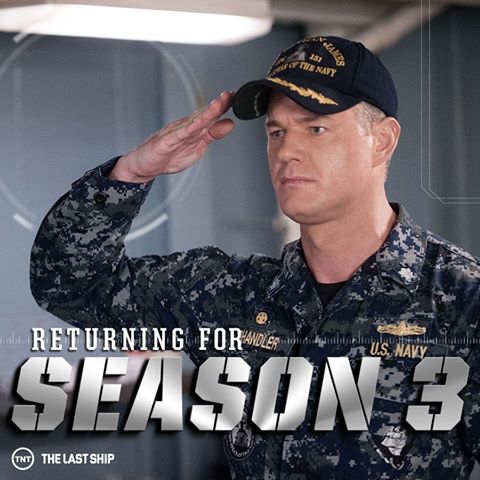 The last few episodes of TNT’s The Last Ship Season 2 is bound to leave audiences at the edge of their seats as the show sets up for a confirmed third season.

According to TV.com, the upcoming episode entitled Friendly Fire promises to leaves audiences wanting more as “a suspicious death on the ship leads Chandler to launch a murder investigation, jeopardizing order and discipline on the vessel.”

Rachel, for her part, will try to develop a more efficient cure while Alisha decodes an Immune message, all as the ship heads to New Orleans.

Meanwhile, for Episode 11, entitled Valkyrie, Ramsey broadcasts a message implicating the Navy in a disaster, as Chandler works to regain the trust of the American people. Meanwhile, the ship locates the source of the Immunes’ signal, leading to a vicious battle with Ramsey’s civilian allies.

It has recently been confirmed by TNT that the show is set to sail for a third season after it scored high ratings in the adults 25-54 demographic.

According to SpoilerTV, Season 3 will also feature 13 episodes of the post apocalyptic action-drama. The show immediately got a renewal order after it became cable’s top rating scripted series among 25-54 demographic while it also placed 3<sup>rd in the 18-49 demographic.

The show has also posted an average of nine million viewers in TNT’s linear, VOD, digital and, mobile platforms where it is offering viewers the chance to see past episodes of the series which is based on William Brinkley’s bestselling novel.

In related news, The Last Ship cast member Travis van Winkle, who plays Lt. Danny Green, has reportedly landed a guest spot on Scorpion, to play Ensign. Nathan Hall, who gets trapped in a submarine with Walter (Elyes Gabel), Happy (Jadyn Wong) and Cabe (Robert Patrick). His character is described as smart, loyal and determined, with a true respect for Team Scorpion and the job they do, according to Entertainment Weekly.

'Game of Thrones' season 6 news: Isaac Hempstead-Wright says it's his...