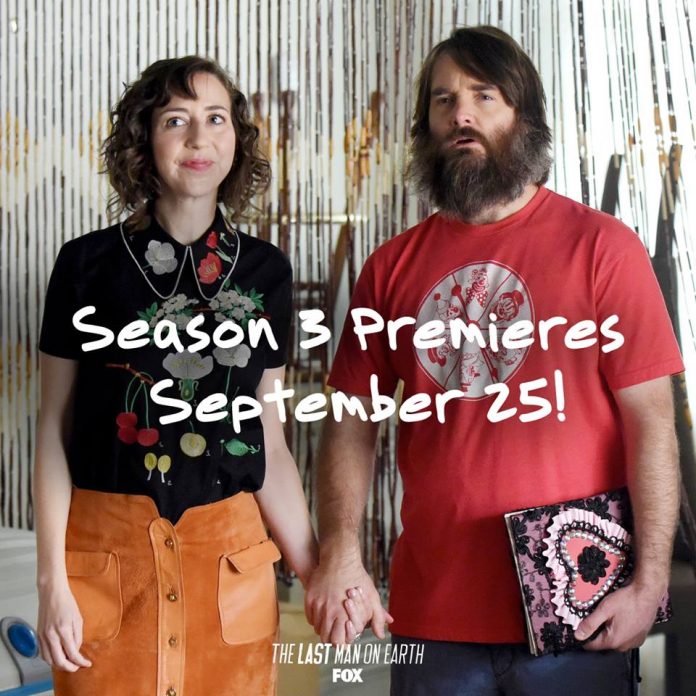 Some members of the cast of FOX’s post-apocalyptic comedy “The Last Man on Earth” shared exciting tidbits regarding the upcoming season 3 in this year’s San Diego Comic-Con.

Talking to TV Line, Will Forte, who portrays Phil Miller, revealed that the premiere will pick up exactly where the sophomore run left off. The stars, including Mary Steenburgen as Gail Klosterman, January Jones as Melissa Chartres, Kristen Schaal as Carol Pilbasian, hilariously recreated the new scene that will take place in a kitchen.

It can be recalled that season 2 ended with the shocking death of Phil’s astronaut brother Mike (Jason Sudeikis), as he succumbed to the virus that wiped out the entire planet’s population except for the so-called Malibu gang. The group also faces a new danger as they discovered a boat full of well-armed marauders led by Pat Brown (Mark Boone Junior), who turned out to be anti-government.

Forte jokingly added that they will surprisingly see Hillary Clinton at the door when it ends. “I didn’t wanna give away that spoiler but it could be good for viewers,” he mused. He also talked about the mysterious creatures in the Hazmat suits and confirmed that the fans will finally see whether they are humans or just “walking mannequins.”

The lead actor further revealed that another newcomer will make his debut as the portrayer of the man behind the suit, but Forte remained tight-lipped on who it may be. Boone Junior will also return to reprise his role as the oddball Pat, presumably resulting in a face-off between the main characters and the mysterious raiders.