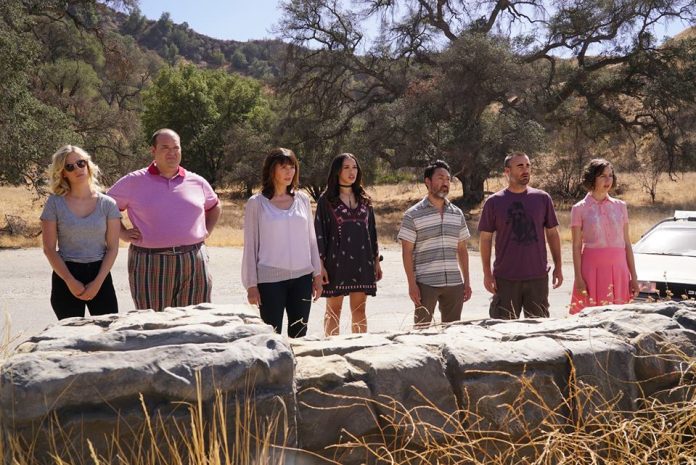 Fans have to wait a little longer for a new installment of FOX’s post-apocalyptic comedy “The Last Man on Earth” season 3 as the series is taking a two-week hiatus. When it returns to the small screen, the group will make an amazing discovery.

It can be recalled that in the recently released episode 4 “Five Hoda Kotbs,” the group arrived in Los Angeles from San Francisco aboard their personal choice of vehicles including a 1986 prison bus and a self-driving car driven by Gail (Mary Steenburgen).

Carol (Kristen Schaal) constantly asked for a pee break every 10 minutes which the group ultimately found to be time-consuming. When others suggest that she should control it, she said that there is a baby sitting on her bladder. At one point in the narrative, Erica (Cleopatra Coleman) claimed, “Look, we’ve all been through a lot. I think we’re all coming apart at the seams a little bit.”

Titled “The Power of Power,” episode 5 will have Tandy (Will Forte) and company continuing their search for a new place to live. However, it appears that someone may be sabotaging their progress.

Down the line, episode 6 dubbed “The Open-Ended Nature of Unwitnessed Deaths” will have the characters praying for hope in their current situation. However, it remains to be seen what dilemma they will be facing next.

Elsewhere, Tandy attempts to develop his new friendship with Lewis (Kenneth Choi) by learning about his past. On the other hand, Carol asks Gail for a big favor and Todd addresses Melissa’s mental state head-on.