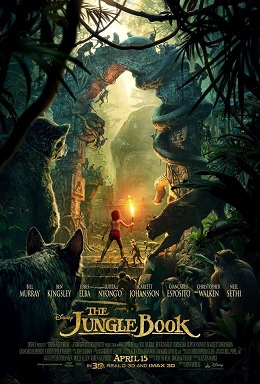 Veteran filmmaker Jon Favreau is looking to add another classic title under his belt through his newest project: the remake of the children’s adventure tale ‘The Jungle Book’.

Written by Justin Marks under Walt Disney Pictures, the 2016 remake aims to bring back the 1967 rendition of the same film back to life. Unlike its original copy, Favreau’s version has made use of live action and Computer-Generated Imagery (CGI).

As the plot goes, the story revolves around a man-cub named Mowgli who has been raised by a family of Indian wolves. He soon finds out that he has been made an outcast in the jungle he was living in and is faced by threats of being killed by Bengal tiger Shere Khan.

Mowgli was then forced to go into exile, under the guidance of his mentor Bagheera and Baloo the bear. He sets out on a journey of self-discovery. Along the way, he meets a number of other jungle creatures, including Kaa, a hypnotic, seductive python, and King Louie, a smooth-talking ape that endeavors to have Mowgli reveal the secret of fire.

“The Jungle Book seamlessly blends live-action with photorealistic CGI animals and environments, using up-to-the-minute technology and storytelling techniques to immerse audiences in an enchanting and lush world,” an excerpt of Cinema Blend‘s review of the film reads.

The movie is composed of an all-star cast: the lead role of Mowgli went to newbie child actor Neel Sethi, who makes his major acting debut. Also on the cast is actress/director Lupita Nyong’o, who portrayed the character of Raksha, one of the Indian wolves.

The other wolf, Akela, was portrayed by ‘Breaking Bad’ star Giancarlo Esposito.

The voice of Bagheera, the black panther, was done by veteran multi-awarded actor sir Ben Kingsley, while Baloo the bear was voiced by another veteran, Emmy award-winner Bill Murray.

The Jungle Book is set to hit the theaters on April 15th.

'Rick and Morty' season 3 news: Series creator dishes the cause...