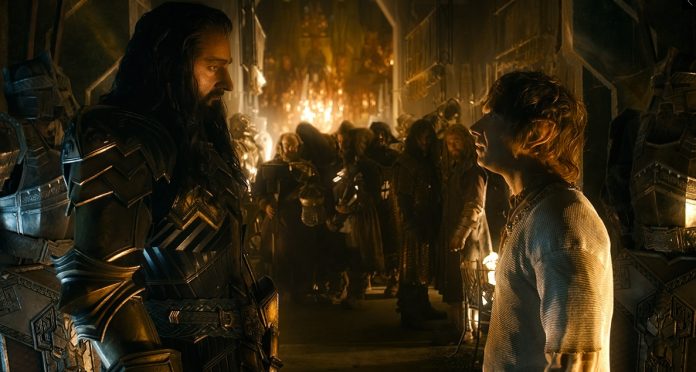 In a behind-the-scenes video released this week, “The Hobbit” trilogy director Peter Jackson made a surprising admission. The 54-year-old producer and filmmaker revealed that pre-production for the blockbuster “Hobbit” trilogy was so woefully lacking that he “was just making it up as [he] went along.” Jackson admitted that he began shooting the “Hobbit” movies without adequate preparation, in several instances having to film without storyboards and planning scenes as the actors had lunch.

The behind-the-scenes featurette is from the “Battle of the Five Armies” DVD and Blu-Ray, which were released this week.

The “Hobbit” trilogy allowed Jackson to return to Tolkien’s Middle-earth after his massively lucrative and critically acclaimed “Lord of the Rings” movies, the global blockbusters that earned Oscars for Best Director and Best Picture. But while pre-production for the “Lord of the Rings” trilogy lasted three and a half years, there wasn’t enough time to properly flesh out the “Hobbit” films.

The trilogy was set to be helmed by “Pan’s Labyrinth” director Guillermo del Toro, who eventually dropped out of the project. Jackson took his place and the three films then had to be redesigned from the bottom up.

“It was impossible, and as a result of it being impossible I just started shooting the movie with most of it not prepped at all,” Jackson revealed.

Things got so chaotic on set that a film crew began shooting the climactic battle sequence in “The Battle of the Five Armies” with no clear idea of what they were doing. Finally, just two days into filming the sequence, Jackson had to pull the plug.

He recounted the experience, saying: “We had allowed two months of shooting for that in 2012, and at some point when we were approaching that I went to our producers and the studio and said: ‘Because I don’t know what the hell I’m doing now, because I haven’t got storyboards and prep, why don’t we just finish earlier?'”

The delay moved the release of “Five Armies” back from June to December 2014. The film earned more than $952 million worldwide, but received mixed reviews from critics, earning a 60 percent approval rating on review aggregator Rotten Tomatoes.

'No Man's Sky' news: multiplayer features do not work? no netcode...