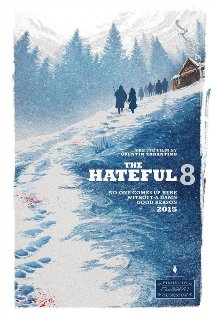 Quentin Tarantino’s latest project “The Hateful Eight” has been building up anticipation before its limited 70 mm film format release on Christmas day and digital theater drop on Jan. 8. However, the film which has had a series of setbacks prior to filming is again in the middle of another drama.

The National Police Union has recently started supporting the planned police boycott of his upcoming film after Tarantino’s comments on comparing police officers to murderers. This is in relation to the recent allegations of police brutality and abuse.

In an interview with the Los Angeles Times, the famed director was quoted saying: “What they’re doing is pretty obvious. Instead of dealing with the incidents of police brutality that those people were bringing up, instead of examining the problem of police brutality in this country, better they single me out. And their message is very clear. It’s to shut me down. It’s to discredit me. It is to intimidate me. It is to shut my mouth, and even more important than that, it is to send a message out to any other prominent person that might feel the need to join that side of the argument.”

Meanwhile, the first trailer of the film was released last Thursday, showing a sneak peek of the Western themed film. The video clip, which is over two minutes long  introduced the key players of the story line – Samuel Jackson as the bounty hunter, Kurt Russell as the hangman, Bruce Dern as the confederate, Walton Goggins as the sheriff, Tim Roth as the little man, Michael Madsen as the cow puncher and Jennifer Jason Leigh as the prisoner. An unrecognizable Channing Tatum also had a cameo appeareance in the teaser. The movie tackles the story of these eight people all of whom are thrown in together when a blizzard strikes after the Civil War in Wyoming.

Check it out the trailer here.