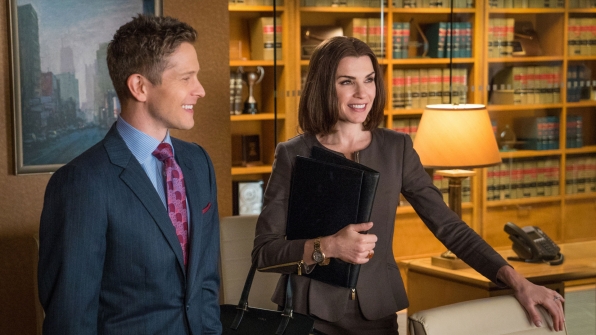 Upcoming new installment in CBS’s series “The Good Wife” may have one of Alicia’s (Julianna Margulies) firm members leaving her side.

According to Cartermatt, in the episode titled “Judged,” associate Lucca, played by Cush Jumbo, may have to decide if she will stay or transfer to Lockhart, Agos, and Lee. She has to give her answer to Cary (Matt Czuchry) as she was offered to work in a new environment right after Alicia’s neighbor complained to the homeowners’ association that she has been using her house as the office of her law firm.

Although Grace (Makenzie Vega) convinced some of the neighbors that her mother means no harm in having her business right at her home, the damage seems to have been done already. Additionally, one of the clients has told Diane (Christine Baranski) about Alicia’s situation.

Even though she seems to want to stay with her boss, Lucca is said to be wishing the firm to be located somewhere more acceptable, just like Lockhart, Agos, and Lee. When Cary offered both of them positions in his company, Alicia said no. However, Lucca said that she needed some time to think.

Meanwhile, Alicia will be dealing with a stubborn Judge Schakowsky (Christopher McDonald) as she claims that her client was wrongly imprisoned. She will ask him to reopen the case to make sure that the justice is rightly served where it is due.

On the other hand, Diane will take on a new case involving an editor of a college newspaper. The editor is being threatened by the campus for allegedly writing politically charged articles and if she does not stop in doing so, she may be forced to leave her position.

'War for the Planet of the Apes' release date, plot, news:...