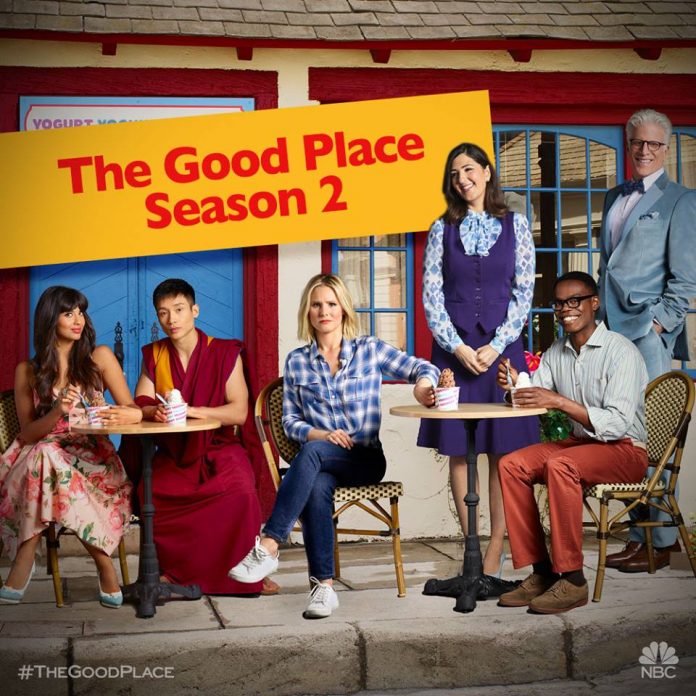 It turned out that “The Good Place” was a Bad Place in disguise in the world of NBC’s fantasy comedy series. The first season ended with a total reboot to the unhappy humans from the heavenly neighborhood.

“The problem was that they all spent too much time together too quickly, so he’s going to spread them out, give them each a different soulmate, torture them individually for a while, and then slowly bring them together,” Michael Schur, the show creator, explained Michael’s plans to Entertainment Weekly.

“He chose these four specific people, because they had specific personality traits that would drive each other nuts,” he continued.

“The first breadcrumb on the path that leads her back to figuring it all out is Chidi,” Schur stated and added that the note would help Eleanor in finding her fate (or change her fate), in case she wakes up without any memory of the past events.

In the upcoming season, the show creator hinted that Chidi and Tahani will start happy lives. The quartet would soon realize that there indeed is a Good Place and learn if they are morally good enough to be sent to that place. They could also find out if they will have to stay in the Bad Place.

A number of episodes in the second season will feature Janet figuring out if The Good Place is a hoax or not. It would be a challenge for her because, as a computer, she was designed not to question “whether or not her environment is real or fake.”

“The premiere will show where everybody is starting from,” Schur teased. “The Good Place” season 2 is expected to be released later this year.