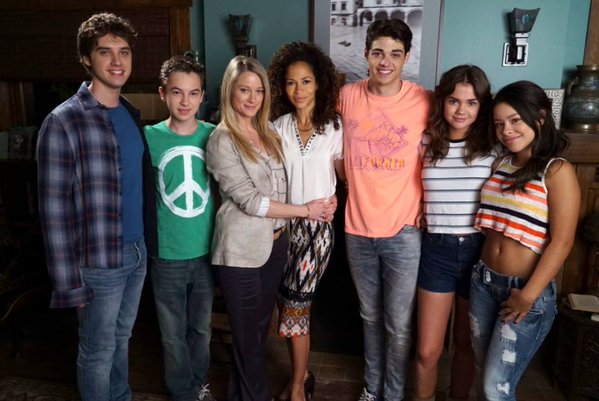 “The Fosters” season 3 may be in for more complications when it returns from its winter premiere in January.

Previously, Brandon (David Lambert) and Callie (Maia Mitchell) decided to stop their secret relationship to increase the chance of Callie being adopted. After being officially adopted, their secret may not remain in the dark for so long as they struggle whether to reveal it or not.

In the promotional teaser video released in TV Line, the clip started with Brandon telling Callie, “That’s how secrets stop being secret when you tell people.”

In an interview earlier this year with executive producers Bradley Bredeweg, Joanna Johnson, and Peter Paige with The Hollywood Reporter, Paige revealed that the inspiration for Brandon and Callie is, “They’re star-crossed lovers.”

As for the second half of its third season, Paige revealed that Callie will play more roles. “She’s created this app, and she’s turning into an activist.” He went on to explain, “Something we learned from foster kids after sitting down with them to hear their stories is that so many of them are invested in social justice and they’re all invested in making the system better for the kids behind them. That feels really authentic to the foster kid experience and feels really authentic for Callie. She’s this reluctant champion.”

Meanwhile, Carter Matt also revealed some predictions pertaining to the show once it comes back. The report speculated that aside from their dilemma, the story of AJ (Tom Williamson) may be explored in terms of whether he will be arrested or not and if he will help Callie. Additionally, the same report stated that Brandon will continue with his musical aspirations, while Jesus (Jake Austin/Noah Centineo) will return. Aside from these, Stef (Teri Polo) will struggle with a serious medical concern that will put Lena (Sherri Saum) and her mother (Annie Potts) in an argument.

“The Fosters” season 3 will return on FreeForm, the new name for ABC Family, on Jan. 25. The show has also been renewed for a fourth season.

'Destiny' news: No information on Xur location this weekend yet