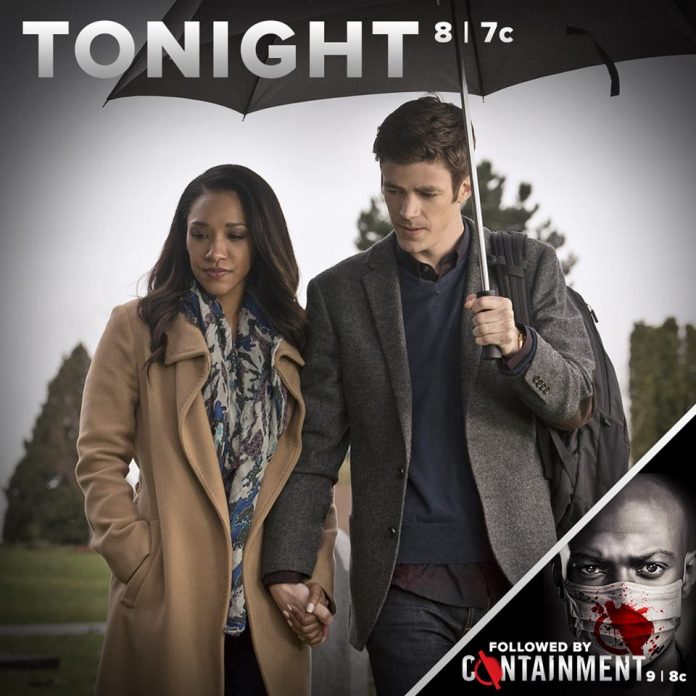 The CW’s superhero series “The Flash” will have a fan-favorite character from “Arrow” crossing over, with Black Canary (Katie Cassidy) appearing as her Earth-2 doppelgnger Black Siren in the upcoming penultimate episode.

Titled “Invincible,” Zoom (guest star Teddy Sears) will be unleashing an army of meta-humans in Central City. Barry (Grant Gustin) will be shocked to find out that the Black Siren is leading the villains.

Elsewhere, Wally West (Keiynan Lonsdale) will also spring into action to help The Flash into stopping the potential chaos that may ensue. However, this will worry Joe (Jesse Martin). With Barry preparing to combat Zoom into an epic showdown, Iris (Candice Patton) and Henry (John Wesley Shipp) will be concerned about his safety.

In a sneak peek, the Black Siren can be seen talking to Hunter (Teddy Sears) asking, “Who are you?” to which the latter replies with, “No good.” Barry is then featured stating, “There are great forces with us, how can we possibly lose?” The clip ends with Zoom’s retort saying, “You always have to be the hero while playing the good will boy. Hope you’re busy running.”

There are speculations that the doppelgnger of Barry’s father Henry may also appear in the installment but it remains to be seen if this comes to fruition.

Meanwhile, actor Tom Cavanagh who plays Dr. Harrison Wells teased that a character may meet his or her demise in the concluding installment. Talking to DC All Access, he revealed that, “Crazy stuff happens… That’s what we do at DC. We don’t be like, ‘Well we did that well, let’s just repeat that.’ We don’t do that. We don’t go like, ‘Ah, they’ve had enough thrills,’ we don’t do that either.’ Should we have someone die perhaps? I don’t know, maybe.”

What may have added to the assumption that a certain death may happen before season 2 wraps up is the location of the production for episode 23. YVR Shoots shared an image of the place which reportedly has been identified to be the Mountain View Cemetery in Vancouver, Canada.