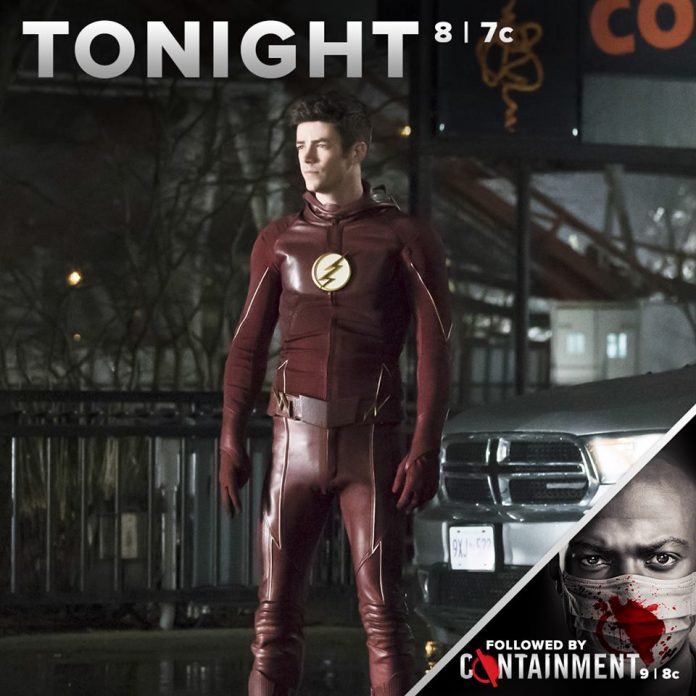 The CW’s superhero series “The Flash” is down to its last three episodes before season 2 wraps up, and the upcoming installments are expected to be action-packed.

Episode 20 titled “Rupture” will see the titular villain coming to Central City alongside another big bad, Zoom (Teddy Sears). With a lot of threats surrounding them, Barry (Grant Gustin) and Wells (Tom Cavanagh) will come up with a plan that may turn out to be extremely dangerous.

This leads to Henry (John Wesley Shipps) and Joe (Jesse Martin) taking opposing sides in terms of the safety of their son. Iris (Candice Patton) will also open up about her true feelings. Showrunner Andrew Kreisberg hints that the scene between the fathers is something to watch for, “All three of them are debating what Barry should do. Not all of them have the take on it that you’d expect, and that’s what makes for such an interesting scene.”

Meanwhile, the penultimate episode dubbed “The Runaway Dinosaur” will see the return of an old enemy – Girder (Greg Finley). With the realization that the antagonist is retracing his steps from his last attack, Iris will volunteer to act as bait in order to trap him in S.T.A.R. Labs. On the other hand, Barry fights to return to his old life.

Moreover, the finale installment called “Invincible” has a shocking turn of events with Zoom unleashing an army of Earth 2 meta-humans headed by Black Canary’s (Katie Cassidy) doppelgnger the Black Siren. To help Flash have an upper hand, Wally (Keiynan Lonsdale) will take the fight to the streets. However, Joe, Henry, and Iris will be worried with Barry taking on the evil sinister speedster.

In a recent interview with TV Line executive producers Todd and Aaron Helbing teased the anticipated appearance of Black Siren. “Like most of the Earth-2 metahumans, Black Siren is under the thumb of Zoom,” Todd shared.