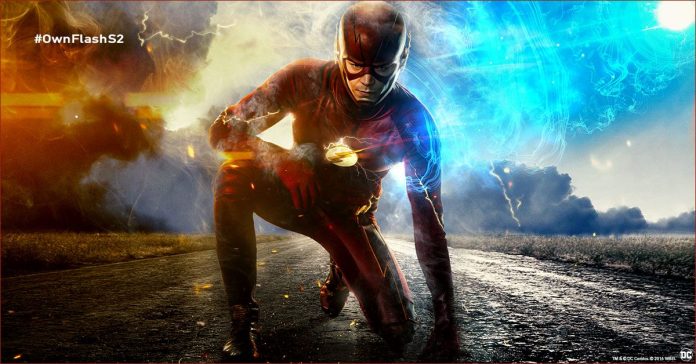 It appears that Caitlin Snow’s (Danielle Panabaker) villainous alter ego will be making a comeback in the upcoming season 3 of The CW’s “The Flash.”

Director Kevin Smith took to Twitter to tease the installment he will be working on by posting an image of the script. Although he tried his best to avoid any spoilers by covering the title with a pen, eagle-eyed fans enhanced the picture. As the second page bleeds through, people were able to identify the words “Killer Frost.”

It can be recalled that the Earth-2 doppelgnger was last seen being stabbed with an icicle in the stomach by Zoom (Teddy Sears). The serial killer speedster left her which seemingly suggested that she was dead. However, it turns out that she might still be alive.

Meanwhile, it appears that the titular hero’s decision to undo the past and save his mother from being killed by Reverse-Flash (Matt Letscher) will have great repercussions not just on his life but to everyone around him.

The synopsis reveals that Barry (Grant Gustin) is finally living his dream life with both of his parents alive and things are going well between him and Iris West (Candice Patton). He also can be a normal guy as Central City has another speedster named Kid Flash (Keiynan Lonsdale).

However, when Barry starts to forget some parts of his previous life, Reverse-Flash taunts him that there will be serious consequences if he continues to exist in the current alternate universe. Aside from losing his memories, his powers will also begin to fade. Down the line, he will be at a crossroads, facing a decision to either continue living his make-believe world or return as the Scarlet Speedster when he encounters a disaster.

Season 3 of “The Flash” premieres on Tuesday, Oct. 4 at 8 p.m. ET. Killer Frost is expected to appear in episode 7.