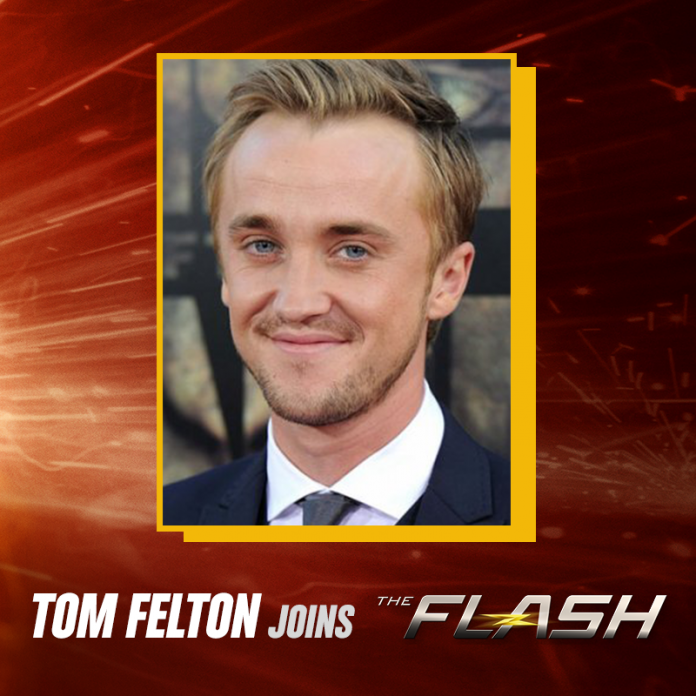 The CW’s “The Flash” has gone back into production and some of the stars have shared the behind-the-scenes happenings during their first day filming for season 3.

Grant Gustin tweeted a photo of himself with his arms around the neck of fellow cast member Carlos Valdes. The actors, who portray Barry Allen and Cisco, respectively, are still sporting beards after arriving on set in Vancouver, Canada. The caption reads, “I know @Tha_Los loves me as much as I love him. It’s ok.”

“Day 1 is so fun. So happy to be back doing what I’m supposed to be doing,” Gustin followed up in another post. Meanwhile, Candice Patton also updated fans that she is reprising her role, “First day of Season 3 as Iris West. Happy to be back!”

Details regarding season 3’s highly anticipated arc “Flashpoint” remain tightly under wraps. Speculations suggest that since Barry went back to the night his mother Nora (Michelle Harrison) was supposedly murdered by Reverse-Flash (Tom Cavanagh) and changed its outcome, he has also unintentionally changed the present timeline, possibly bringing some transformations outlined in the comics. However, it remains to be seen if it comes to fruition.

According to Comic Book Resources, some of the known elements of the upcoming installment include the return of some characters and introduction of newcomers. “Harry Potter” actor Tom Felton has been added to the ensemble as a series regular and will take on the role of Julian Dorn. He is described to be a fellow CSI at the Central City Police Department who suspects that there’s more to Barry than his good guy reputation.

Meanwhile, Cavanagh is expected to stick around and is presumed to be playing an entirely different character the original Earth-1 Harrison Wells. He will be joined by his daughter Jesse Quick (Violett Beane).

Although Beane will be back for her usual role, it still unclear if she will be the Earth-1 version or a speedster. “When Jesse got hit [by the particle accelerator], I was like ‘It’s happening! It’s happening!’ There was the spark when she got out of the coma, but… it didn’t happen, and I was like, ‘No!’ I’m very excited [to play a speedster] and would love for it to happen early next season,” the actress mused.