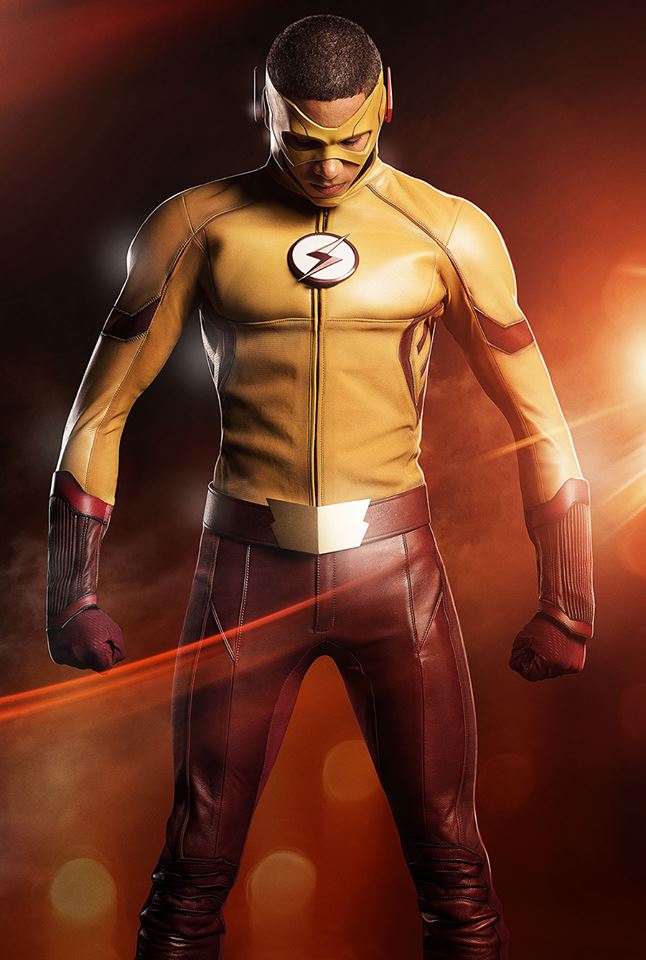 The mysterious speedster clad in all-black costume coming to season 3 of the CW’s “The Flash” has recently been unmasked.

As previously reported, following the announcement that Wally West (Keiynan Lonsdale) was gearing up as Central City’s newest savior Kid Flash, another metahuman was spotted on the production set in downtown Vancouver. Leaked images of the character revealed that his suit is adorned with a lightning design in orange and yellow.

According to Design & Trend, fans were able to get more behind-the-scenes photos of filming and the identity of the mystery man has been unveiled as “The Vampire Diaries” alum Todd Lasance. However, since there is no official statement from the network regarding the 31-year-old Australian actor’s casting, available information should be taken with a grain of salt.

With the narrative tackling the “Flashpoint” arc, which will shake up the original timeline of Barry Allen’s (Grant Gustin) world, viewers may expect some of the familiar faces to miss the first few episodes. Executive producer Andrew Kreisberg told TV Guide Magazine that these include Earth-2 Harrison Wells (Tom Cavanagh) and Jesse Quick (Violett Beane).

“[They will return] a little bit later in season 3,” he teased. However, their return will be well worth the wait, “How they come back and why is going to be fun and cool. Fans are going to be jazzed by it,” Kreisberg added.

Although Harry is not around during the beginning of the brand-new story, Cavanagh will still appear albeit playing another iteration of his character. It is deemed that the star will portray Earth-1 Harrison.

More details regarding the upcoming run of “The Flash” are expected to be made known in this week’s San Diego Comic-Con. The cast and crew will hold a panel, in Ballroom 20 of the San Diego Convention Center on Saturday, July 23 at 5 p.m. PT, to give insight and to answer some of the fans’ most pressing questions.