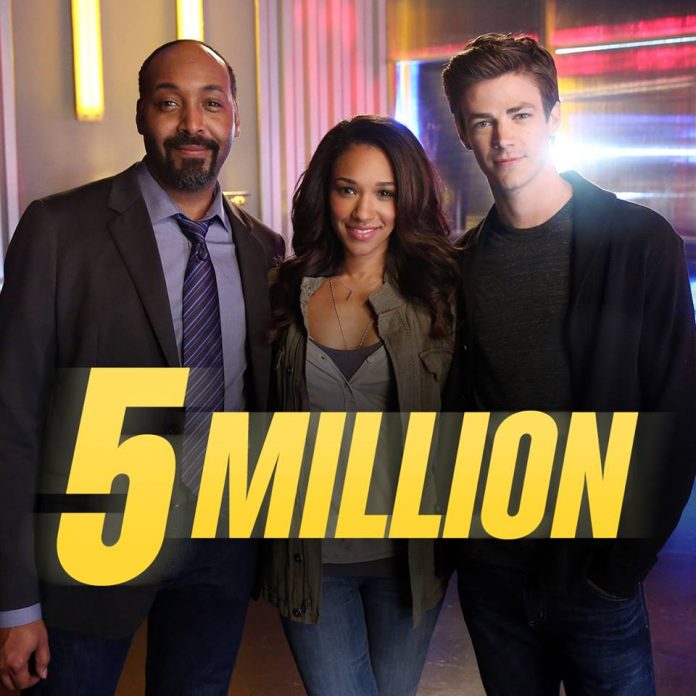 The first official trailer of The CW’s “The Flash” is here, featuring the game-changing “Flashpoint” arc that is the result of Barry Allen (Grant Gustin) badly messing up the timeline.

The network revealed the teaser during the recently concluded San Diego Comic-Con, which opened with the Scarlett Speedster saying, ” There’s only one thing I know about life, I know some things happened by chance and some things happen because we make them happen.” A flashback of the sophomore finale was showcased as Barry saved his mother from being murdered by Reverse-Flash (Matt Letscher). It was then followed by a montage of the original events seemingly being erased from existence.

Afterwards, a three-month time jump takes place and Barry finds himself in his hometown with both of his parents alive. He also re-introduces himself to Iris (Candice Patton) to which he says, “Some people are just meant to be in your life.”

Cisco (Carlos Valdes) becomes one richest men in America and owns Ramon Industries, while Joe (Jesse L. Martin) has become cold and dismissive of the protagonist. Reverse-Flash seems to be the only one who remembers as he mocks Barry stating, “This is not your home Barry. It’s a mirage.”

The clip also gives the first look at the most notable change in the new world Wally West (Keiynan Lonsdale) becomes Kid Flash. “He’s Kid Flash, so I tried to play him with a young, lighthearted cockiness to him that can sometimes be his downfall, but he’s just in a really good place mentally; he’s never felt more sure of himself,” the actor teased during their panel.

At the convention, executive producer Todd Helbing reassured fans who are rooting for the “WestAllen” relationship to continue, “I think it’s safe to say that in any timeline, Barry and Iris will ultimately find each other.”

He also confirmed that the superheroes will be battling two villains in the new run. One is a speedster whose identity will be unveiled later on, while the creepy guy in the mask is actually Doctor Alchemy (voiced by Tobin Bell).