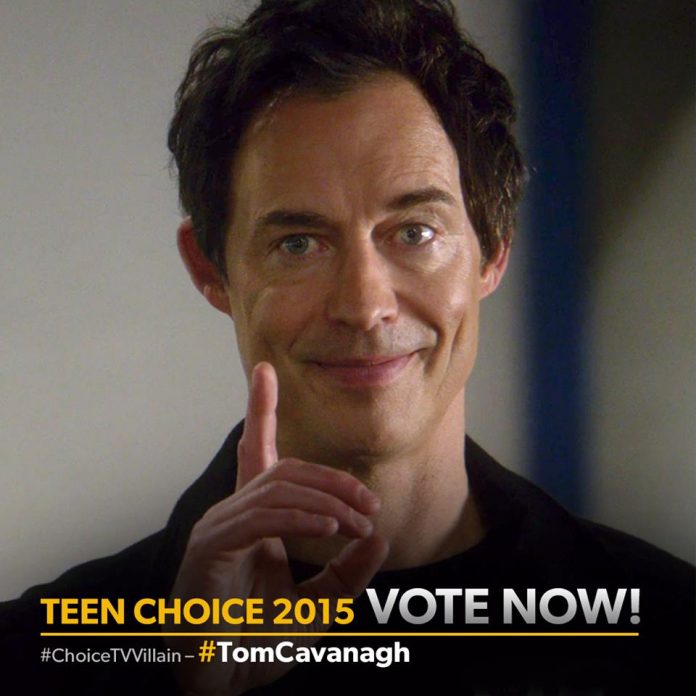 When The CW’s superhero “The Flash” returns to the small screens for season 3, fans may see a different version of Tom Cavanagh.

According to Entertainment Weekly, the actor who recently played as Earth-2 Harrison Wells will be back as a series regular but it remains to be seen what role he will portray as details of the productions are being kept tightly under wraps.

The news outlet also hinted that if the show moves forward with the “Flashpoint” comic book arc, it is possible that Reverse-Flash has not killed Earth-1 Harrison and his wife, and could lead to the original version of the character appearing.

Viewers may remember that during the freshman run, Cavanagh played what appeared to be Earth-1 Harrison who was later revealed as future’s Eobard Thawne. When season 2 introduced the multiverse and doppelgangers, the iteration the actor played was the Harrison who was motivated by his love for daughter Jesse (Violette Beane). In the finale, the father and daughter duo went back home to Earth-2 with some help from Jay Garrick (John Wesley Shipp).

Moreover, following the concluding episode, since Barry Allen (Grant Gustin) prevented Eobard from killing his mother, the events that led Eobard to kill Earth-1 Harrison may also be halted. This then paves the way for the original one to appear in the next season. However, it remains to be seen if this comes to fruition.

“I’ve enjoyed this season as Harrison Wells of Earth-2. I signed on as the Reverse Flash, so for me, I’m just always looking for the opportunity to put on the suit. You need the dark to let the light in, and let the comic book world come alive. Overall, I think the show functions best when you have that antagonism and I’m happy to be the guy to provide that,” Canavagh stated.

In a related noted, Carlos Valdes teased during the recent Megacon that the upcoming installment will be something to look forward to, “All I’m going to tell you is things are going to be different, way different. Not in a bad way; I think in a really exciting way, and it’s that difference that’s going to inform Barry’s trajectory throughout the season, and I think people are going to like it.”

Season 3 of “The Flash” is expected to air sometime in fall.