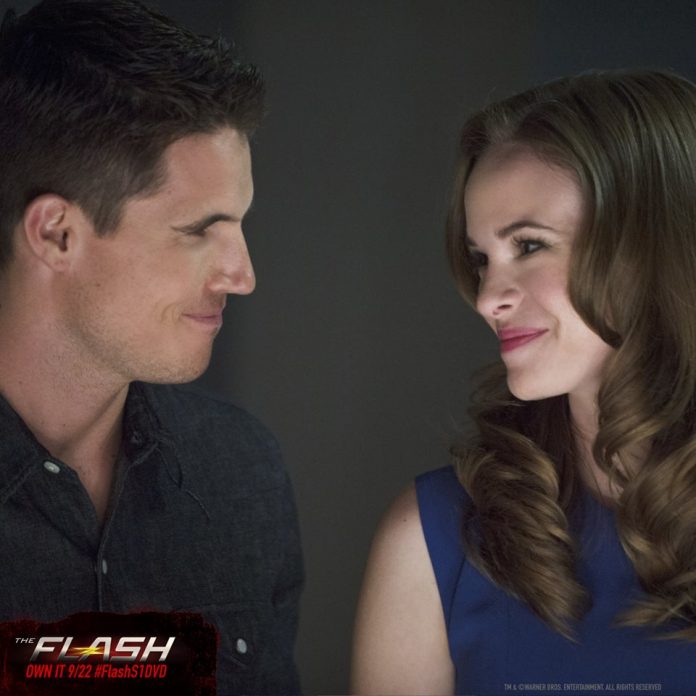 Season 2 of “The Flash” is almost done with only three episodes left before wrapping up. The production team is slowly teasing what viewers may expect from season 3.

According to Comicbook, filming is currently on hiatus but is scheduled to return in early July. Warner Bros. Television has confirmed that Kevin Smith will take the helm for the first half of the new season.

The first episode he directed in the series is the upcoming installment titled “The Runaway Dinosaur,” which features the team trying to figure out how to handle the return of an old enemy, Girder (Greg Finley), with Barry (Grant Gustin) gone.

Realizing that the villain is retracing his steps of his last attack, Iris (Candice Patton) will volunteer to act as bait to trap him in S.T.A.R. Labs. Meanwhile, Barry will fight to return to his old life.

When it comes to the narrative of the third season, speculations suggest that the show may introduce Caitlin’s (Danielle Panabaker) family. Viewers may remember that the character came face-to-face with her Earth-2 doppelgnger, Killer Frost, and discovered that they both have bad mothers. However, unlike her, the latter has a brother named Charlie.

In an interview with Collider, executive producer Andrew Kreisberg hinted, “We haven’t met Caitlin’s mother yet. We got a little talk between the two women, which will probably play out in season 3.”

Caitlin remains under Zoom’s (Teddy Sears) custody until Barry gets his speed back, but it seems unlikely that the antagonist will do her harm. Sears shared that his character’s feelings for her are true.

“While there were games being played on all the other members of S.T.A.R. Labs, what he felt for Caitlin was the real deal. That adds a really interesting dynamic to this moving forward. He essentially is one gigantic liar who has played them all, but he never played her. There are real feelings there,” he elaborated.

It remains to be seen when The CW will schedule season 3 premiere. Fans may catch season 2 episode 21 “The Runaway Dinosaur” on May 10, followed by penultimate episode “Invincible” on May 17 and the finale on May 24. All on Tuesday nights at 8 P.M. EST.