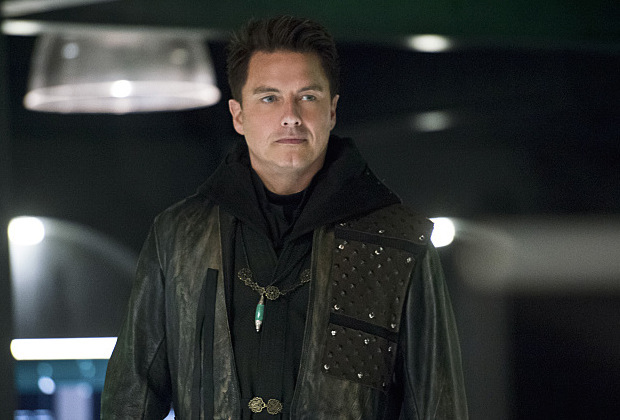 The new season of “The Flash” would be getting a regular dose of villainy and perhaps an occasional unlikely ally in the character of Malcolm Merlyn, as actor John Barrowman recently landed a groundbreaking deal with executive producer Greg Berlanti on The CW, making his character a series regular in all of the DC shows helmed by Berlanti.

In a recent report by TVLine, it was revealed that starting this upcoming TV season, John Barrowman would be a series regular across all shows in The CW’s DC Comics Extended Universe. This means that Malcolm Merlyn would be making his way all the way from “Arrow,” to the world of “The Flash,” and even in the time-travelling series “DC’s Legends of Tomorrow.”

The newly acquired title “Supergirl” is also under Berlanti and is now on The CW for its second season, but it remains to be seen whether Barrowman’s new deal extends to National City, the home base of The Man of Steel’s cousin.

Barrowman has been a significant presence in the world of “Arrow” since the first season of the series. He started out as the first major villain to Oliver Queen aka “The Hood” (Stephen Amell) back then, and returned for yet another recurring role in the second season. The third and fourth seasons of the show made the actor a series regular, and Malcolm Merlyn even had a significant role in the season’s crossover event that opened the world of “DC’s Legends of Tomorrow.”

“What it really emulates to us is the comic books themselves, where there really are a cast of characters,” Berlanti explained back in May, when Wentworth Miller, who plays Captain Cold, landed a similar deal. “In success, we hope to continue with other characters finding their way across all the shows.”

It is unknown how Malcolm Merlyn would fit in the world of “The Flash,” which is expected to take on the “Flashpoint” arc in the upcoming season.

“The Flash” returns to The CW this October.